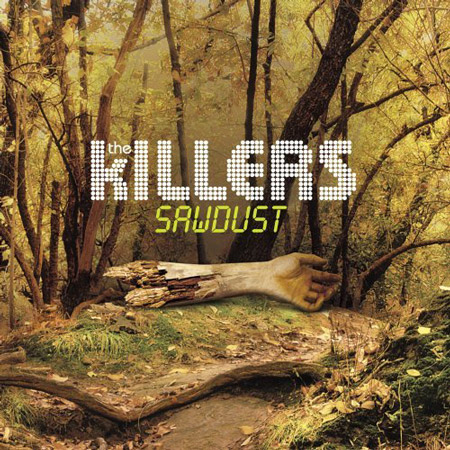 The Killers found themselves with large collection of b-sides and other rarities that had been recorded since the band’s inception in 2002. And taking a note from numerous other bands, the Los Vegas natives decided to release their b-sides as a compilation album.

Sawdust is 17 tracks of b-sides from previous singles, covers, remixes, and extended versions of previously released songs. But there is something that separates it apart from other bands’ b-side compilations. Perhaps it’s the fact that even in this type of album, the immense talents of The Killers are profoundly exemplified and at times in such a way, you’re left simply awe struck.

When you think of a b-side, rarity compilation album, you generally perceive it to be a collection of songs that weren’t good enough to be on any album or just a bunch of experimental, unique tunes that didn’t fit with anything else a band has released. But this doesn’t really describe Sawdust. Sure there are some tiresome, below average tracks. “Glamorous Indie Rock And Roll” and “Show You How” are two songs that after just one listen, I think are already in the category of “automatic skip” songs.

But take away these songs, and Sawdust is an absolute wonderful listen. Though most already know about the band’s collaboration with Velvet Underground’s Lou Reed on the album’s only new track “Tranquilize”, it wasn’t until I sat down and listened to the mastered, album version that I truly grasped the overall quality of this song. It’s powerful and melodic. Frontman Brandon Flower’s voice and words flow beautifully over the music. It’s the definition of The Killers at their best. And at that to the vocals of Lou Reed and you have one hell of a gem.

Other highlights include the cover of the Dire Straits’ “Romeo and Juliet”, the acoustic “Sam’s Town”, the powerful “All The Pretty Faces”, and the cover of Joy Division’s “Shadowplay”. Unfortunately, Jacques Lu Cont’s Thin White Duke Remix of “Mr. Brightside” was far below expectations.

While the compilation album is of course not on par with the band first two LPs, it’s still a very enjoyable listen and features some of the best b-sides and rarities I’ve heard in some time.