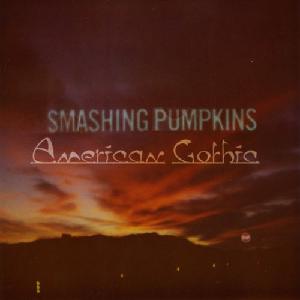 Following 2007, Billy Corgan must be a tired man. Not only did he manage to resurrect his alt. rock band, the Smashing Pumpkins, but he also released a half a dozen incarnations of one “reunion” album while touring pretty much the entire world. Between all that, he found the time to record every part of the album himself (well, with the exception of drums which one might thank Jimmy Chamberlain for) from vocals to guitar, backing vocals to bass. After so much work, one would like to think Corgan might sleep, sign off the checks, and take a breather.

I guess he’s lost on the definition of vacation.

American Gothic, an acoustic driven EP by our favorite narcissistic frontman, was released this week as an iTunes exclusive, though others report it to be issued in some physical shape or form in the future. What we have here are four songs, mostly written throughout the band’s run of residency shows from this past summer, with the exception of “The Rose March” which Corgan debuted in 2006 at an acoustic show, both attended and highly regarded by The Who’s Pete Townshend.

In the past, the acoustic route has been kind for the Pumpkins. Most of the beloved Mellon Collie b-sides were acoustic demos and even today the fans still eat up the live, bare bones renditions of “1979” and “Perfect.” However, Gothic is quite different; instead, Corgan carts away the demo tapes and opts for a more polished, fabricated-if-you-will production.

On “The Rose March”, some light picking that segues nicely into a peachy strum recalls of early Pumpkins, save for Corgan’s incessant la la la’s and overdubbing harmonies. When he croons, “Can’t you see me at all”, one wonders if the reclusive singer is asking for attention. “Again, Again, Again (The Crux)” is by far the catchier of the four tracks, but also the most repetitive. Gracefully, Chamberlain saves the track with some uplifting drum fills.

“Pox” brings Corgan’s vocals at just the right level and key, but sadly this isn’t a Pumpkins tune. Instead, the song falls flat, sounding more like a Days of the New b-side which isn’t good for anyone. Closing the EP, “Sunkissed” begins with some fine guitar work but ends cluttered and busy.

If anything, Gothic is a step forward from Zeitgeist, in that there are hints, both lyrically and musically, of that despair and angst that made ballads “Tonight, Tonight” and “Crush” so successful. The problem is they need more input. If Corgan wants us to buy into his new motley crew of Pumpkins (or for that matter, his songs), he is going to have to be more of a collaborator and less of a dictator. The new material hints at precisely what it is: a boy and his drummer.