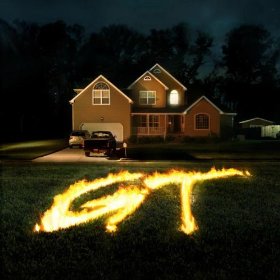 Can someone please tell me where Gregg Gillis learned music history? If there’s anything to be taken out of his music, it’s that there’s no doubt that Gillis has quite the understanding of music in the past thirty years. Everything from Tom Petty, Heart, Public Enemy to Rick Astley, Yo La Tengo, and even Dexy’s Midnight Runners run rampant in Girl Talk‘s fourth offering, Feed the Animals. It might be too early in the review to declare this, but this might be the most fun I’ve had with an album since I first started jamming to Beastie Boys at the age of ten.

It’s hard to discredit the mixing guru, especially when he can make artists like Avril Lavigne bearable, let alone enjoyable. In “Shut The Club Down”, when he culls some of the worst parts from Lavigne’s “Girlfriend”, it sounds catchy and irresistable. It doesn’t stop there, either. Who ever thought Rod Stewart’s “Young Turks” would be such a great beat to rap on? There’s not too many words to describe this song, so I’ll go with: “heroic.” Oh yeah, he manages to squeeze Aphex Twin (“Girl/Boy Song”) in there, too, which is always a good thing.

There’s a lot of “good” here. In fact, most of it is great. The idea of creating an amalgamation of music that spans every genre (The Carpenters? Really?), without losing any of the song’s integrity (if it ever had any to begin with) is both challenging and rewarding. This takes mix tape to the next level. The best part? You hear something on every listen. That’s what Hollywood producers call a success. We’ll call it an absolute blast.

There are some golden moments in Feed the Animals: “American Girl”‘s solo providing a backbone for “Give Me a Beat”, Busta Rhymes throwing it out over The Police and Phil Collins on “What It’s All About”, the insane medley between Chris Brown, Rick Springfield, and James Nasty on “Here’s The Thing”, and Radiohead’s “15 Step” bringing together The Band, Ben Folds Five, and Ace of Base on “Still Here.” It’s as if Gillis felt inspired by Billy Joel’s “We Didn’t Start the Fire”, creating a music history lesson without the cheese and nag that bleeds from that song. It just never stops moving, with one artist after another taking the stage. What’s more, most of the material here has been left in the dust for ages, save for radio play, and yet it coexists with ease amongst the latest trends and pop cultural phenomenons. That’s a wonder in itself.

By the end, during the closer “Play Your Part (Pt. 2)”, when the Chili Peppers’ “Under the Bridge” blends into Journey’s “Faithfully”, its clear that this party is over. There’s a sense of disappointment, but it’s that emotion that proves how fundamentally awesome these fifty-four minutes really are. The culmination here of thirty years of music (maybe more) is just jaw dropping, and it not only lets you appreciate the guru himself, but the fact that this music exists and it’s still coming.

Hey, at least humanity is doing something right.