Coldplay – Viva la Vida or Death and All His Friends 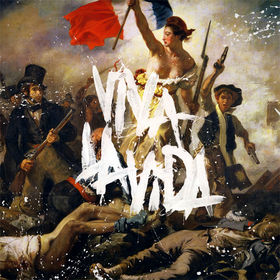 One might cringe at the way Chris Martin presents himself on stage these days. What with his mini jackets, his swaying and flailing, and the way he sells the crowd into believing God put a smile on their face because his band graced their town… well, it’s a bit self prolific, eh? (Yes, I could have easily suggested “egotistical”, but wouldn’t that be a bit harsh?) Love ’em or hate ’em, the British foursome is doing something right.

In 2001 (despite being released in 2000), “Yellow” opened the door to every listeners’ heart, bringing Coldplay into the home of every teenager that experienced angst for the first time. A year and some change later, “Clocks” made it hip for fortysomething’s with a convertible to enjoy modern music again. And somehow they repackaged this song into their third album’s mysteriously popular single, “Speed of Sound.” It was 2005 and judging on past videos (and a dismal concert experience), Coldplay were being billed as “the next U2.”

The only problem with that comparison is that it’s unclear what Chris Martin stands for, really. Just from one look at Bono, anyone with a scant relation to English or Western Civilization can recognize his political agenda or goals (usually by the badge, pin, or bandana he’s draped over himself). With their fourth album, Viva la Vida or Death and All His Friends, this mystery still continues, but at least it’s in a different key.

Any fan might agree (well, cool it Mike, we know what happened with your assumptions in that Weezer review) that 2005’s X&Y was a disappointment. Songs “Talk”, “Speed of Sound”, and to a lesser extent, “Fix You”, felt like rehashes of something that they’d already perfected before. In fact, to this day, X&Y feels like a b-sides compilation for A Rush of Blood to the Head. Even if some songs were redeemable (“The Hardest Part”, “A Message”), it was a stationary point for a band that seemed to be moving forward. If anything, Viva la Vida or Death and All His Friends is the next step fans have been waiting for, it’s what should have followed their second album.

That being said, it’s not much of an improvement. It’s also clear that Chris Martin and friends are embracing the idea of being a U2 knock off, and even more than before. One can’t listen to “Lovers In Japan/Reign of Love” without thinking of “Where the Streets Have No Name”, or “Cemeteries of London” without recalling U2’s War era. Then again, where would most bands today be without their imitations, right? Ironically, the former happens to be the album’s strongest track.

There’s a heavy vibe that drags on in each of the ten tracks here. “Lost!” chugs along the whine of an organ, “Viva La Vida” climbs with the help of many violins, and then there’s the single, “Violet Hill”, that smashes through the four walls that might have held back the band for the past four years. It’s the edge this band’s been trying to find and something that should benefit them in the future, when they have a better aim on it.

Many of the tracks here drag on, mostly because they’re instrumentals that have been accomplished previously (and better) by a slew of bands with less of the palette to work from (The Secret Machines, for one). “42” goes on and on, seemingly borrowing from Radiohead (think Hail to the Thief‘s “Sit Down, Stand Up” slowed down and fronted by Martin), and floating to heights that aren’t too impressive. “Yes” drops Martin’s usual tones down a few notches, brings in the violins, and demonstrates a rather threatening side of the group. Unfortunately, it’s shattered by a random switch up that doesn’t seem too cohesive with the song itself, even if the extended exit is both atmospheric and pleasant.

What drags this album down is the lack of appeal. These songs work more as background music than leading examples of a band taking hold of everyone in the room, with the exception of the rollicking “Violet Hill” and the driving force in “Lovers In Japan/Reign of Love.” The last two songs, “Strawberry Swing” and “Death And All His Friend”, are tender enough to move a couple of high schoolers to dance or spoon, but for the average listener, they’ll go unnoticed, particularly since most won’t make it that far.

All around, it’s enjoyable to see Coldplay venturing forward, but its at the sake of solid song writing. They should leave the dizzying spectacle jams to Godspeed You! Black Emperor or My Bloody Valentine; instead, opting for bold simplicity that sold us on Parachutes, A Rush of Blood to the Head, and the better quart of X&Y. That is, unless they learn how to harness this sound some.

Until then, it’s a bit lofty and confused.