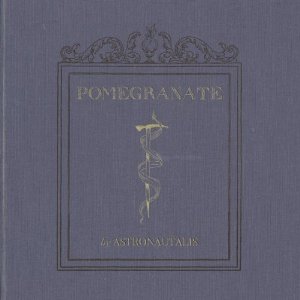 The art of storytelling is an ancient craft. It’s the root of human speech, a testament to our ingenuity. How else could we move from an excited grunt signifying, “Help, there’s a rampaging megafauna behind me” to the epic poem, the novel, or the Wagnerian opera. Only music can challenge storytelling as the most significant form of human creativity. When the two concepts merge, they are capable of sublime and affecting power. If you haven’t met him already, allow me to introduce you to the new, great storyteller of the 21st century – Astronautalis.

Astronautalis is a rapper, Jacksonville born and raised, Seattle based. His father was an engine driver, his grandpa fought in the war. Astonautalis’s indie and folk-infused hip hop stylings have been befuddling expectations and bewitching audiences since 2003. His second album, The Mighty Ocean and Nine Dark Theaters, was easily the best album of 2006, no joke. Astronautalis has taken the storytelling roots of rap music and germinated a tremendous oak tree. Mighty Ocean focused on themes from his adolescence: working in a small movie theater, the beachside tragedy of hurricanes and romances, and being stabbed to death during a fancy dinner. Astronautalis’s third album, Pomegranate, is another world entirely – historical fiction.

“Heaven help me if I ever make the same album twice. Music should always be challenging. The day that this job becomes easy for me, is the day I should go look for a new job.” Astronautalis has stuck true to his words. Pomegranate is a beast all its own. The album was produced by Grammy-nominee, John Congleton.  This guy has worked with everyone from The Polyphonic Spree and Modest Mouse to Erykah Badu and Marylin Manson. The diversity of his past experiences aptly match Astronautalis’s genre-bending music and wide scope of themes. The music of Pomegranate is more raw than the synth shanties of Mighty Ocean.  Savage drums, abrasive fiddles, and warm piano chords come together like a ramshackle small town orchestra at the turn of the 20th century. The songs convey a sense of honesty – bygone ages when times were tougher, sometimes bleaker, but somehow purer, more in focus.

“I am the soldier baby/ who works just like slave/ sweating through the pain of digging his foxhole that he knows is just a grave.” So opens the album, setting the pace for the myriad of characters Astronautalis will assume. Case in point: the opening line is all grift from a conman sweet talking you.  On the first track, “The Wondersmith and His Sons,” Astronautalis reimagines his own family as a family of criminals met with tragedy. The lyrics move in a seductive rhythmic weaving, working listeners over and charming the audience. “You trust me don’t you baby,” he asks again and again, with repeated confidence, beckoning you to place your life in his hands. The music moves from pensive panic into a deadly chase. You can imagine the bullet fire, the breaking glass, the red dust caked to the seams of a smart brown suit as the grinning villain narrator stumbles to the getaway car.

“17 Summers” is a languid duet featuring female vocalist Sarah Jaffe. The subjects of the song have been hinted at being Henry and Clara Rathbone, the couple who were in the booth with Lincoln when he was shot, and after 17 haunted years together met a tragic end.  The album’s centerpiece is “Two Years Before the Mast”, a seafaring romance set during the opium wars. It tells the tale of a stowaway, voiced by Jaffe, on board a ship, and Astronautalis is the sailor who falls in love with her, hiding her from his superiors. The drums pound like stormy waves against a hull and the rhymes come hard and fast with the brutality of warfare at sea and fear of secrets being discovered. “The devil got poor Persephone, but they can’t take you from me.” This tragic and beautiful myth-fueled romance is a theme that runs throughout the album and offers the meaning of the title: by eating Pomegranate seeds from the underworld Persephone unwittingly doomed herself to return there.

The diversity and cleverness of Astronautalis’s narratives recall the craft of master songwriter Kate Bush. With this album he’s got all the makings of a male Kate Bush counterpart, and that is not a declaration that I make lightly. They both derive material from eclectic sources and truly live and breathe in the energy of their character’s personas. This is exemplified in “Trouble Hunters,” a ballad from the perspective of a soldier alongside General Washington at the Battle of Trenton. The song is heavy with the hungry apprehension and excitement of fighting a rebellion. “I know it’s hopeless/ hell ain’t big enough to hold us back/ come on let’s pick a fight – we hunt for trouble tonight.” It’s enough to make a disillusioned American actually feel patriotic, and in this day and age that’s something. Another notable historical experience is “The Case of William Smith.” This song heralds the bravery of a man who was tried for heresy as a result of his articles for the EncyclopÃ¦dia Britannica not endorsing the events of the Bible as being literally true. As he sets the scene of the courtroom, Latin trumpeting somberly and subtly summons a showdown.

Other themes revolve around the mysteries of nature, either dark (“Secrets of the Undersea Bell”) or light-hearted (“An Episode of Sparrows”). The latter is an ambient, medieval-style sing-song, flutes and all, to a layered background of birdsong. The main album bows out with “Avalanche Patrol,” a cripplingly beautiful romance from the perspective of a mountaineer blacksmith, no rap involved. Three minutes later anyone still hungry for rap music is rewarded by an encore, just a nudge outside of the stylings of the main album.  Astronautalis in his best freestyle form, trades life stories with a yet to be identified rapper in “The Story of My Life.”  “I was raised by a pack of wolves/ nursed in our nation’s capital. Taught to hunt and gather food/ and howl at the moon in the reflecting pool.” The stories are wild, surreal tapestries hearkening back to Astronautalis’s first claim to fame, “Somethin’ For the Kids,” when he spun yarns about eating grapes with Fat Joe while speeding down a highway in a delivery van and grabbing some doughnuts with Tupac.

This is a tall spoonful of praise, I know. My one complaint is that I want more. Pomegranate is intricately constructed and diverse in its musical and lyrical make-up. I notice something new every time I listen to it… and suffice it to say that’s been a lot of times. At first, particularly coming from The Mighty Ocean, the departure can be jarring, but just give Astronautalis a few moments to flash his conman’s pearly whites (or gold grill as may be the case). He’ll have your ears in bed with him before you have time to think.