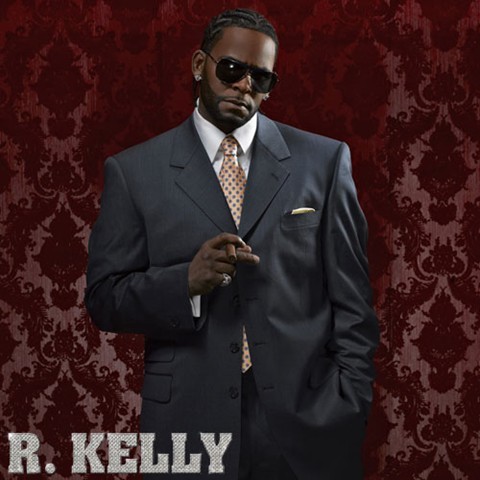 For every album that’s leaked to the internet, there’s a label who tries even harder to protect musical investments.  With file sharing recognized as both a Robin Hood routine and as modern piracy, one asks why R. Kelly’s newest release, 12 Play: Fourth Quarter is on my computer as it’s due date hangs in limbo.

The answer is easy – nobody cares.

The ’90’s crooner had it going on for years!  The infamous “Bump & Grind”, the Space Jam pop hit “I Believe I Can Fly”, and his brutally detailed opera “Trapped In The Closet” were all substantial hits.  His child pornography charge gave him as much recognition as Michael Jackson or OJ Simpson.

All the while, Kelly sits in the dim light of an attempt at sequential concept albums with only the concept of wooing women into his “after party.”  Forever will I respect those with choir vocals and physique I could only dream of having, and forever will I agree that bad publicity is still publicity.  Unfortunately, R. Kelly has moved forward from publicity icon to paparazzi gimmick.

Hell, if Simpson can move on can’t you?  Wait, that was too soon.

12 Play: Fourth Quarter is supposedly the finale of four albums, the others including 12 Play, TP-2.Com, and TP-3: Reloaded.  Did no one explain to him the nature of crappy sequels? Apparently not.

One can speculate all day about innocence or guilt in his court case, and one can certainly question the intent of a man who uses “Ignition” sex metaphors as the basis for a club hit during the process of said case.  The fact of the matter is he has become old news both artistically and personally.  Everyone saw this coming as soon as he opted to write “Gotham City” for the Batman & Robin soundtrack, but we all turned a blind eye because – well, he’s R. Kelly.

I won’t sit here and continue bashing him, even though he sadly deserves it, because that’s not why we’re here. 12 Play: Fourth Quarter is a CD worth at least the attention of a critic, so we’ll give it that much.

Let us state the facts, shall we?  “Wanna Make A Baby” is a straightforward R&B song with tales of romance and really hot sex, while “Hair Braider” can be considered truly respectable with lines like “thick, tight braids, got ’em lookin’ like spaghetti.”

What could possibly go wrong here?  Second single “Skin” is (wait for it) a straightforward R&B song with tales of romance and really hot sex that also happens to reference our very talented favorite Soulja Boy, while “Screamer” is a…

…you get the point.

The only really good song on this entire record ends up being “Go Low”, except for the fact that this “low” club hit idea was already done about 10 times before in this same decade.  Add that to a singer who has traded his one single talent of vocals for an auto-tune and you have yourself a pure vanity recording; no doubt R. Kelly has reached the end of his rope.

But don’t hate, Kelly – no such thing as bad publicity and you should never forget that.  Now, go cry into your tissues and we’ll catch you on the flip side of your two-ply (I mean twelve play).