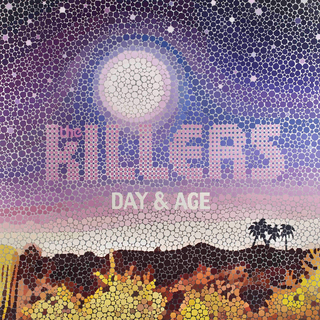 It’s hard to believe that four years have already passed since Hot Fuss first pumped its way into dance parties everywhere. Though no one would ever guess that Brandon Flowers would be so outspoken, not with his simple melodies and tortured bouncy lyrics. It’s not like “Mr. Brightside” or “Somebody Told Me” were anything else but catchy songs. Yet in 2006, when his Las Vegas outfit, The Killers, released Sam’s Town, Flowers made sure everyone knew they were in it for more than just a little hip sway.

If he was channeling Duran Duran’s Simon Le Bon in Hot Fuss, he certainly dropped the mask and ran for the Springsteen fan club with Sam’s Town. No one can argue that “When You Were Young” isn’t either an homage or a direct rip off of “Born to Run”, at least when he’s asking if he can “climb this mountain” or when he’s “burning down the highway skyline.” Though, let’s not point fingers. After all, if a musician’s validity were based by this measure, Craig Finn (of The Hold Steady) would be working a gas n’ sip and Billy Joe Armstrong (of Green Day) would be doing blow somewhere. No, Springsteen comparisons aside, Sam’s Town eventually amounted to an enjoyable listen, but overall, the changes and style felt forced. Fortunately, last year’s Sawdust checked in just in time. While an admirable collection of b-sides and covers, it was the mature and fully realized “Tranquilize”, the band’s collaboration with Lou Reed, that raised some eyebrows. Could this be the new sound, the right road for the band to tread? It’s been a patient wait for an answer.

That’s what makes Day & Age so vital. Here’s a chance for this band to transition, to grow, but with themselves and not of their influences. A band can mimic and interplay between one idol after another, and be successful; however, they’ll never discover themselves. That’s a hard concept to come to terms with, and most artists today don’t even come to these conclusions. With Flowers, he’s made sure to label his influences in the past, present, and today, and throughout the process of recording Day & Age, he’s name dropped everyone from David Bowie, Elton John, and to even modern beat breakers, MGMT. So, what’s the raw deal?

Day & Age is essentially a sequel to Sam’s Town. The synthesizers that used to shake, rattle, and roll remain sustained and Flowers isn’t swaying about so much as he’s on his knees cajoling. At just a shy under forty-two minutes, it’s also the band’s shortest album to date (by mere minutes), and it feels that way, too. Once the uplifting opener, “Losing Touch”, passes by, current singles “Human” and “Spaceman” are quickly chipped away, as if to bring the listener further into the record. That might be a positive decision, as there’s a lot to take in here. Already in the first few minutes, Flowers is approaching deep lyrical tones, as he insists (“You sold your soul, like a Roman vagabond”) that he’s in dire need of interaction (“Console me in my darkest hour”). It’s a good opener, but certainly the band’s weakest. By now, everyone has heard “Human” and scoffed at the lyrical hook (“Are we dancer”), but grammar aside, it’s a solid single. It works in the same sense that “Read My Mind” did in 2006, cashing in on driving synth and flashy, subdued guitar work. The same could be said for “Spaceman”, which has the chops for a second single. The only downside is that, so far, there’s nothing new here, and it wouldn’t be surprising to find out they were all leftovers from Sam’s Town.

However, things go left field with “Joy Ride”, where bassist Mark Stoermer and drummer Ronnie Vannucci Jr. let us know they’ve been enjoying The Clash’s Combat Rock lately. Flowers has some fun too, and it’s the first time in awhile that the band’s not taking themselves too seriously, at least not musically. That doesn’t last too long as “A Dustyland Fairytale” follows next, a building ballad that would suit any ’80s film starring Anthony Michael Hall or John Cusack. This space fluff doesn’t linger around much and moments later there’s this tribal echo that chimes in with “This Is Your Life.” Here’s a perfect blend of new and old, a driving melody that Flowers uses to his advantage, digging out some guilt through the character of Candy. He hasn’t been this heart wrenching since “Smile Like You Mean It”, especially lyrically: “And the sky is full of dreams/But you don’t know how to fly/I don’t have a simple answer/But I know that I could answer/Something better.” It’s this sort of nostalgic mind trip that seemed lost in their last effort.

That mentality continues with the tropical flavored, “I Can’t Stay”. The hook is everywhere, from Stoermer’s foot tapping bass to the Caribbean island beats that drive the song. Unfortunately, things get extra-terrestrial again with “Neon Tiger”, where Flowers is trying too hard to be David Bowie, and the lyrics are a bit too esoteric to really grasp. He’s everywhere from Saigon to Assam here, and as a result, the listener might feel a bit excluded. Then it’s back to the ’80s again in “The World We Live In” and Flowers can’t compete with the fleeting instrumentals that make for a decent, if not forgettable song. Closing out the album, “Goodnight, Travel Well” isn’t as pulling as the album’s other bookend, and at over seven minutes it’s a bit much. Lyrically, Flowers sounds glum as he rabbles, “There’s nothing I can say/there’s nothing we can do now,” over and over again. Fans shouldn’t have a problem with a sprawling track like this (“All These Things That I Have Done” anyone?), but this doesn’t tug until about four minutes in, when Flowers’ emotion sounds raw and vital. By then though, who’s really crying alongside him?

One of the problems that carries over from Sam’s Town here is that it feels forced. Flowers doesn’t sound half as connected to the music as he did with 2004’s Hot Fuss. That’s the main drawback, really. He used to sell us on the songs with his heart alone. Hell, that’s why no one complained when he repeated the verse in “Mr. Brightside.” However, with these tunes, it’s too concept savvy without any real basis behind it. He might want to tell stories a la Springsteen or Bowie, but he’s not building with his own bricks. These stories seem borrowed and the times he does seem earnest, they’re lost within the other madness. He’s stated that this is a continuation of Sam’s Town, which admittedly makes sense, but let’s hope with Day & Age complete, there’s a new dawn ahead, and one that includes his own insight.

For now, take what you will from this.