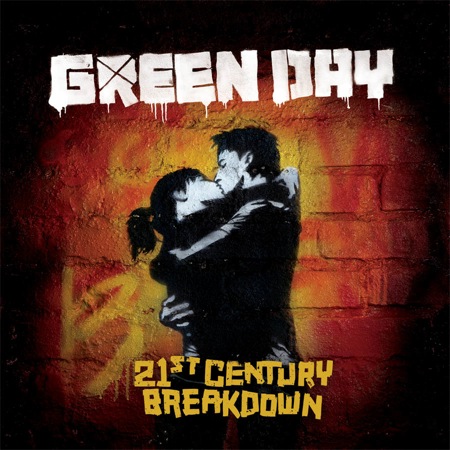 Shortly after the release of The Replacements’ 1989 album Don’t Tell a Soul, a fan shouted to bassist Tommy Stinson after a show, “Hey man, I love your band, but the new album sucks.” In some respects, the fan had every right to be concerned. Country-like ballads and ’80s pop-rock littered the then new release, leaving fans downright confused. After all, it was an odd juncture for a band that once wrote sloppy, bar chord-driven punk. A similar situation plagues the Green Day camp. Most contend this started with 2004’s chart-topping, Grammy-award winning American Idiot. Some may argue this dates back to 1997 with Nimrod. Hell, a few still throw shit at 1994’s mainstream debut, Dookie (a rather tongue-in-cheek image, if I may say).

The truth is, much like Paul Westerberg in some respects, Billie Joe Armstrong never intended in sticking to the confines of bar chord-driven punk-rock. For those still pining over the mundane and useless argument that the band sold out with American Idiot, enough is enough. The same argument could be stapled to the last four records, Dookie included. Give up, the band moved on, made some cash, and no, they’re not the Sex Pistols. They enjoy pop, but they have a flavor for distortion. Is it rock? Maybe. Is it punk-rock? Who gives a shit?

21st Century Breakdown, the group’s eighth album, is one more departure from whatever anyone might consider the band’s original sound. Filled with sprawling epics, piano ballads, and an assembly of Armstrong-penned characters, the album is yet another concept album a la American Idiot. It also essentially picks up where Idiot left off. Only St. Jimmy and the Jesus of Suburbia have exited stage left, and in their place are new characters, Christian and Gloria. What’s more, Breakdown is divided into three acts: “Heroes and Cons,” “Charlatans and Saints,” and “Horseshoes and Handgrenades.” To say this is an ambitious album would be, dare I say, a 21st century understatement.

Things start with a buzz and a blur. It’s an eerie swirl of static that could be from someone’s ’57 Chevy or from an old European phonograph, left alone to decay in the rubble and mortar of a previous war. “Sing us a song of the century/That’s louder than bombs/And eternity,” Armstrong begins on “Song of the Century”, a short lullaby-like opener that segues brilliantly into the rousing true epic, “21st Century Breakdown.” Earlier cuts of the song featured a piano introduction that really didn’t gel well. Instead, the acoustic, very Who-like start up is a more fitting lead-in, and the resulting song is a tad more forceful. Surely, the biting line (“My generation is zero/I never made it as a working class hero”) will soon find a home on many teenagers’ backpacks via white-out pens. It’s angst-ridden, which may feel weird coming from a 37-year-old, but it’s fully realized. There’s some sense of direction. Even on current single “Know Your Enemy”, admittedly one of the album’s low points, Armstrong may come off as preaching to the choir, warning the already warned, but he’s reaching out to new fans — those who’ve recently come on board, some as early as 2005. There’s something interesting about that.

From here on out, it’s pretty much pick or choose, take your pick. Minor interplay between the piano and guitar unravels “¡Viva La Gloria!”, another anthemic speed-ballad that makes use of the highly celebrated name. “Before the Lobotomy” starts out somewhat touchy-feely and in due time will prove to be highly irritable, but in the meantime, the walls-are-collapsing-but-I’m-still-singing chorus (“Dreaming I was only dreaming/Of another place and time/Where my family’s from) and the punchy change ups make for one hell of a ride. First act “Heroes and Cons” finishes up with standout “Last Night on Earth”, one of a few here to really capitalize on the piano. Armstrong will no doubt swoon many girls’ hearts with the ’50s-styled falsetto, not to mention some of his lines (“You are the moonlight of my life every night”), and listeners will lose themselves in the ’60s-trademarked psychedelia.

Things prove interesting during second act, “Charlatans and Saints”, as Armstrong gets more and more worked up. “East Jesus Nowhere” may sound like Marilyn Manson’s “Disposable Teens”, but the song’s saved through its structure and the brilliant rhythm section that is Mike Dirnt and Tre Cool. As Armstrong reels off lines about interracial equality, the band stops and pauses, which adds up to an involving listen — everything’s right on track. Then out of left field comes the south of the border-flavored “Peacemakers”. Similar to that of “Misery”, off of 2000’s Warning, there’s this cultural throwback, this time an integration of Mexican-Middle Eastern styling, that shares similarities with the likes of Gogol Bordello. When the band chants, “Hey! Hey!”, a part of you wants to throw your fists in the air and claim your identity, too.

There are a lot of leftovers on this record. “Last of the American Girls” seems robbed from the American Idiot sessions and so does later track “21 Guns”, which scrambles to re-capture past successes, specifically former hit single, “Boulevard of Broken Dreams”. Even the Russian dance number, “¿Viva La Gloria? (Little Girl)”, carries some dust, this time dating back to 2000’s Warning. At least with this tune though, there’s just enough swagger to keep it all from being too much of a retread.

However, for every clunker, there are about three more hits. Things speed up and take a sharp turn with “Murder City”, arguably one of the catchiest songs on record, sporting one hell of a chorus (“Desperate, but not hopeless/The clock strikes midnight in the Murder City”) and spinning about a ’90s-styled guitar line that could be borrowed from Reagan Youth. “American Eulogy”, another album highlight, brings in that lullaby again, only to punch it up with an ultimate throwback anthem that rings of classic-Green Day and even that of early-Clash (“Clash City Rockers”, specifically). Many “aging” fans will find solace in chanting, “I don’t wanna live in the modern world.”

will be remembered for its heavy use of piano. What started with “¡Viva La Gloria!” finishes with “Restless Heart Syndrome”, which leads into the third act, “Horseshoes and Handgrenades”. Over some light keys, Armstrong’s fragile tone mirrors that of John Lennon, perhaps something he picked up while covering “Working Class Hero” for 2007’s Instant Karma. When he sings, “I’m elated/Medicated/Lord knows I tried to find a way to run away,” you’d think he was covering a tune from Double Fantasy.

Call it what you will, but 21st Century Breakdown exists for the sole purpose of closing up American Idiot. Producer Butch Vig makes that obvious as his production nearly mimics that of Rob Cavallo’s in terms of gloss and grit. To be fair though, the two respected albums do stand apart, but together they mean so much more: the nightmare and the morning after. This goes for the band musically, too. If Idiot was a culmination of the band’s capabilities at the time, Breakdown is the band itching ahead and finding identity. The days of pop-punk lore are over for this California trio — they’re far more accountable than that.

They’ve essentially assembled a monster that will always run amok. Only each time they catch up with it, they have to figure out what to do with it next. This might explain the countless side projects over the past few years that offer both moments of clarity and breathing room. Whatever the case, Green Day continues to impress and while that may not be the best thing for them, in terms of the bar they’ll continue to raise for themselves, it does warrant impressive results. In closing, 21st Century Breakdown doesn’t have the surprises and left field advantage that saved American Idiot, but it’s one hell of an album that should satisfy even the worst of the pessimists. It’s highly unlikely anyone will call out Mike Dirnt after a show, either.