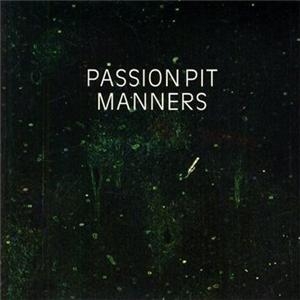 Love does strange things to men, especially when heartbreak is inevitably around the corner. Vincent Van Gogh’s winning plan to get his girl back was to cut off his ear, while others have chosen a subtler route, like an apology followed by years of guilt.

When Passion Pit’s crooner Michael Angelakos was in college, he chose to break out a few instruments and make an emotional, yet catchy as hell mix tape that put his heart on his sleeve, and his pipes on display. One liners like “have you seen me cry, tears like diamonds” littered what would soon be called Chunk of Change, and while I’m not too sure if he got the girl in the end, what he did get was the sleeper hit of last fall with the hipster dance love song, “Sleepyhead”. Chunk was collection of tracks that would heat up the cold winter months, gathering Angelakos, and the rest of the Massachusetts five-piece, plenty of hype for the full-length debut Manners.

What started as a simple plea from the wrong end of unrequited love, quickly turned Passion Pit into the next big thing. This could be dangerous given the all too short lives of most “next big things,” but we can’t help but live in the moment and enjoy the party that has been started, and if Chunk brought the keg, Manners just showed up with the Jagerrator. Manners is not just an extension of the previous EP, but is instead the next step, taking the music up a notch both from a production and writing standpoint. The album turns out to be much more than a cheap trick, and something that could last and carry Passion Pit further through the hype machine.

Sometimes when bands bring out their first full length, a few key tracks from the previous EP make their way onto it with a little bit of polish to beef it up. Here, we have the original cut of “Sleepyhead” making the move, which means we have 10 new songs to play with, dance to and attempt to sing. Angelakos’s trademark falsetto whips the record into a frenzy, as his tone, coupled with the music, contradicts the words that are coming out of his mouth. Even though his muse might have left, he’s done a good job channeling some Smiths-like irony into his own brand of groovy, bass thumping, indie dance rock.

What “Sleepyhead” did for Chunk at Emerson, “The Reeling” will do for Manners but on a much bigger scale, obviously. Its heavy bass lines and synth abuse hook you in as Angelakos deals with his own issues. All of that personal stuff, however, is masked as we are hit by hook after hook and a sing along chorus that glues itself to your brain. Its addictive qualities give the song longevity, and will keep it popping up in all kinds of places. The rest of the record travels from one new electro ’80s throw back to the next, utilizing electronics just as much as the organic instruments. The rhythm section on Manners stands much taller as well, with Nate Donmoyer’s drum kit shaking the rafters on tracks like “Let Your Love Grow Tall” and the opener “Make Light”.

Like it or not, this record will stay. It’s musically solid and it has enough individuality to make even the most pretentious crowd happy, while carrying plenty of hooks to give the mainstream kids something to dance to, as well. It’s a win-win situation.