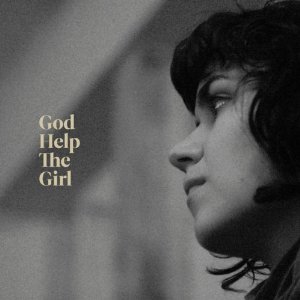 Stuart Murdoch, patriarch of Belle & Sebastian, began writing songs that didn’t seem to fit in with the band a few years back. Poppy to be sure, but he couldn’t envision himself singing most of the material pouring out of him. He decided to find the perfect female singer (apparently, it had to be a female other than bandmate Sarah Martin). In addition to friends of Murdoch’s, hundreds of women submitted themselves singing through various viral services. In the end, there are six women that lend their voices on God Help the Girl.

The new album features the music of B&S, but the songs themselves are (mostly) sung by unknown talent. The thrill can be in the discovery, and in this case, Murdoch should be commended for the discoveries he made in this highly satisfying effort.

God Help the Girl is only the first part of a two-part project. Murdoch sees it as the soundtrack to a film he intends to make next year, the songs forming “the backbone of a musical narrative.” Whether or not this comes to fruition does not affect the material on the album, which can easily stand on its own without the aid of visuals. The levels of twee this record reaches make earlier B&S records sound akin to The Misfits (okay, okay, maybe Samhain), so be prepared for the sugar-shock upon listening. If you can deal with that, then you should enjoy what you hear throughout.

The album begins with a reworked version of the first half of “Act of the Apostle II” from 2006’s The Life Pursuit. Now titled “Act of the Apostle” (not to be confused with Pursuit’s own “Act of the Apostle”), we are treated to the vocals of not Murdoch, but newcomer Catherine Ireton. A strong voice without a hint of amateurism, she confidently declares, “I’m a genius,” and why not believe her?

Indie boys hearts will break when Ireton says, “There is no way I’m looking for a boyfriend” in the title track of the album. Sung over a standard, upbeat musical backdrop courtesy of B&S, the track features backup singers straight out of the days of The Supremes. They echo Ireton’s verses with “Doin’ the dishes/Doin’ the dishes” and “In the sink/In the sink,” helping Murdoch capture the feeling of the sixties in the process.

Murdoch’s lead vocals appear in the strings and piano-drenched “Pretty Eve in the Tub”, a twee version of Lou Reed’s “New York Telephone Conversation”. Lines like “Steal from me my underwear/You wear it better than me” show the Scotsman hasn’t lost his wit in recent years. He sings a duet with Ireton in “Hiding Neath My Umbrella”, a mid-tempo song accompanied again by horns and strings (“Place your bets/I’ll place mine now/I will bet on your heart to win”). There is a sense of innocence in nearly every song that may drive some away, rolling their eyes in the process. But you get the feeling Murdoch knows what he was doing.

Another B&S update and album highlight is “Funny Little Frog”, a much more soulful version than the rendition found on The Life Pursuit. The vocal contributions this go-round are from contest winner Brittany Stallings, sounding like a toned-down Joss Stone (compliment). “Perfection as a Hipster” introduces Divine Comedy’s Neil Hannon to the fold in a duet with Ireton. “My dream was realized/But I was sleeping” is the theme between the two of them, with musical transitions sounding similar to “If You Find Yourself Caught in Love” from B&S’s Dear Catastrophe Waitress.

“I Just Want Your Jeans” features Smoosh’s Asya, a weary-voice singing, “getting to love my freedom/getting to like my surroundings.” With only a guitar creeping in occasionally during the song’s first half, Asya makes a lasting impression before the band enters the picture to take the song home. No female on the album disappoints.

The centerpiece of the soundtrack is likely “Come Monday Night”. Ireton does her best Petula Clark, with a classic-string section backing her up. “Say your morning prayers/Sing a rousing song/And sing it on the long walk home” is encouraged to the lover at the end of his workday. The female back-up singers, again, provide the sense of Motown, of The Mamas and the Papas, etc.

If there are any faults on the record, they can be found in the two instrumental tracks (“A Unified Theory” and “Music Room Window”). Both are about as welcome as Dave Grusin’s contributions to The Graduate soundtrack. However, they aren’t enough to diminish the album, which has a lot to offer as Murdoch looks back in order to look forward.

God Help the Girl? These girls are doing just fine on their own.