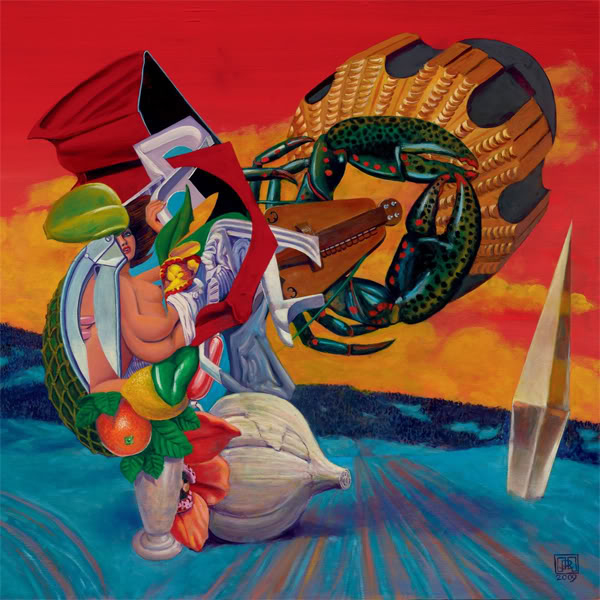 Octahedron represents a new phase for The Mars Volta, a transition into subtlety and accessibility. Opener, “Since We’ve Been Wrong”, gently eases out from silence to signature Omar RodrÃ­guez-López/Cedric Bixler-Zavala accompaniment. There’s a Rolling Stones feel a la December Children, channeling “As Tears Go By” during the verses before coming home again on the chorus. It’s acoustically warm in a way only The Mars Volta can provide, and alienates neither newcomers nor long-time fans.

You get the sense that this album was a one-shot recording, as nearly every track seamlessly cross fades into the next. Octahedron is like all the band’s past work in that it is a full-contact album, where you either immerse yourself completely, or you lose yourself in the unspoken insanity. The downside with The Mars Volta has always been a polarization of sorts — the listener loves it or hates it, seldom do we see the in between (not counting “The Widow” or “L’Via L’Viaquez”). This album attempts to bridge the gap, giving obsessives and casual fans alike something to discuss on common ground.

At appropriately and nostalgically eight extraordinarily deep tracks, the overall theme could be left to interpretation, indicative of certifiable prog rock roots; one could probably argue Octahedron, as a whole, is the single progressive tune, constructed in facets, like a polyhedron of solidified struggle in our very species. “Halo of Nembutals” could be a cryptic sermon on suicide, Nembutal being trade name for a barbiturate used in China for the death penalty (in the states for physician assisted suicide); certain lyrics within “Since We’ve Been Wrong” imply questioning the meaning of life; “Copernicus” is named for the Polish astronomer who proved the Earth was not the center of the universe, possibly referring to the human characteristic of wanting to be the center of attention, or a craving for the seizure of absolute power.

Not once on this record does a track feel out of place, not once do the well-known essences of Latin and classic rock influences fail; instead, it all shines through the madness that is Octahedron. Despite how you might read the running themes, the fact remains that The Mars Volta has triumphed yet again. Octahedron comes off as a bit more condensed than its predecessors, but only so slightly as to be barely noticeable. Quality trumps quantity, once again — and we’re ever grateful.

Essential Tracks: “Since We’ve Been Wrong”, “Halo of Nembutals”, “Cotopaxi”