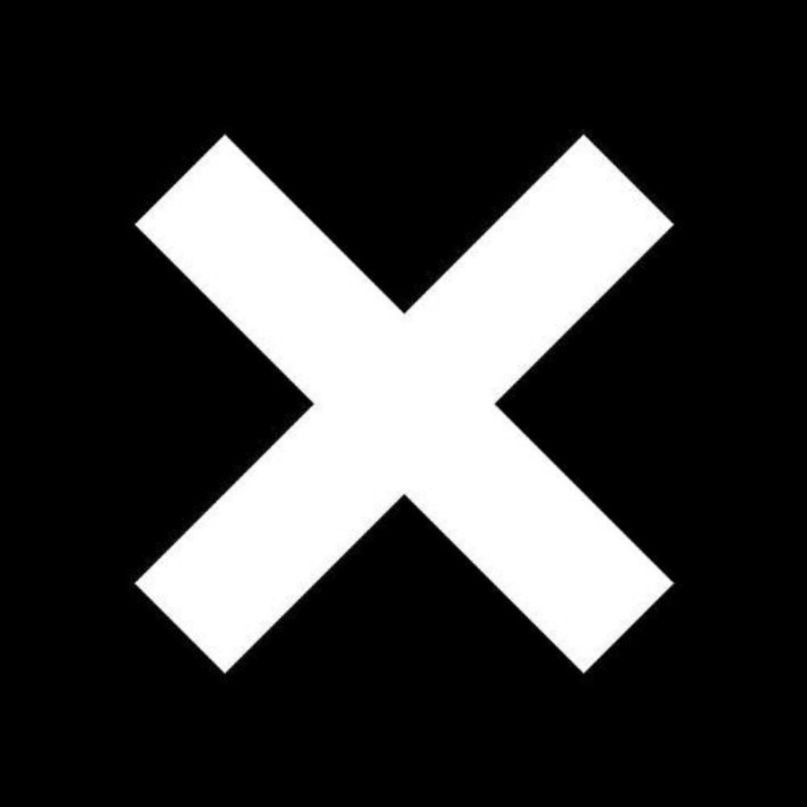 On occasion, I do a completely 180 about an album’s cover art. I don’t judge an album by its cover, especially in this digital age where an album can leak months before you see the artwork. However, some albums come with a cover where I want to shake some sense into the band and the designer because I think the disconnect between the two is painful. Fever Ray’s debut earlier this year still drives me mad. The illustration fails to capture the superb ambiance that Karin Dreijer Andersson’s androgynous voice creates.

Such was my initial reaction to the large, white, blocky X set against the black background on the cover of xx, the debut album by London band The xx. Listening to the album, I was struck by how emotional the album sounded even though it’s an overall quiet and often catchy experience. Where was that in the lazy art? Five or six spins later, I understood the artwork. I don’t think it’s a seminal Sgt. Pepper’s addition to the world of album covers, but it does allude to some of what you’ll find in xx: simplicity, contrast, and tension, to name a few characteristics.

Lead vocalist and guitarist Romy Madley Croft is the immediate scene-stealer on the album. Her whisper-in-your-ear vocals recall Feist in her Let it Die days, where she’s equal parts sexy and bashful. Croft was obviously reared on shoegazing, but she learned to emit some emotion in her voice, however subtle. On “VCR”, Croft broods, “You say you think we are the best thing/but you, you just know/you just do,” and the line feels as if it’s so painful to get the words out that she can’t bear to sing it any louder. Her voice is up front in the mix and not just another part of the music, but she’s not going to force you to listen to her. It’s an impressive trick that few artists pull off without sounding too coy. Adding another dimension to the lyrics and her performance is Oliver Sim, who also plays bass in the band. At times they share lines and other times they trade off singing duties. Because Sim is as unassuming as Croft and he delivers with lines with a deep deadpan, you get the sense you’re eavesdropping on two people-perhaps lovers, perhaps exes.

Musically, the tracks flow together like one epic track with various movements. No song is ornate or orchestral. Every track is a quiet affair built around soft electric guitars and hints of bass. Any percussion comes in the form of a loop or digital interjection, and it’s never the driving force, always an accent. Take “Infinity”, a song that comes in the last half of the brief album. It’s one of xx‘s many highlights and five minutes of dreamy pop. The hazy guitar sounds like a seedier version of Chris Isaak’s “Wicked Game”. Sim is first to sing over soft bass and guitar, and in the background you catch fleeting snaps bouncing between speakers, and then Croft comes in just as quietly. She repeats “I can’t give it up” so many times in such a quiet voice that you don’t know if she’s being defiant or reflective. In the second half of the song, he responds to her with stretched out echoes of “Give it up”, which waffle between cruel taunts and sleepy demands. Even when the louder percussive moments show up (and even then they’re fleeting), they sound like they’re trying to wake Sim and Croft from a routine tug-of-war that they’ve played out for years. The whole track is one of the more mesmerizing ones to come out this year.

“Islands” is one of the most rhythmic on the album and, at 2:41, one of the shortest. It also retains a startlingly bittersweet mood. “I am yours now/so I don’t ever have to leave/I’ve been found out/so I never explore” is one of the sweetest refrains, and yet you could see yourself putting it on before you have a good cry in the bathtub. It, like most of xx, just accesses the moments of a relationship (past or present) where every good moment is accompanied by a sour one.

In less than 40 minutes of music, The xx have managed to offer an unforgettable debut and an album that deserves recognition come time for 2009’s year-end lists. xx can break your heart or renew your momentary faith in love. Perhaps it’s ingrained in the music or lyrics. Or maybe the simple presentation of both leaves a sort of Rorschach test behind so that you can find what you need in these songs. Like the plain album cover, xx is simple and right there for you to digest and make of it what you will.