Cymbals Eat Guitars – Why There Are Mountains 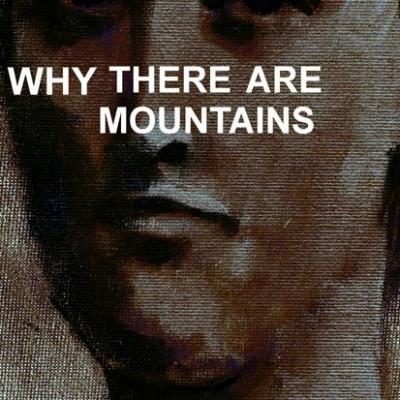 Cymbals Eat Guitars is a weird band in the best way possible. The music isn’t focused on creating hits or being purely melodic. Instead, the debut songs on Why There Are Mountains combines ’60s-era psychedelica with the alternative rock scene of the ’90s/’00s. When mixed with many other styles, the album covers up weaker moments with a strong sense of individualism.

The New York band have used their debut to create an odd yet enticing collection of tunes that don’t always succeed but rarely crash and burn either. Rather, this album offers up a kitchen sink arrangement of styles that mix together to form a palette of originality. More than anything, it shows a great amount of potential for what could be a new major player in the indie scene.

Cymbals wastes no time getting your attention as “And The Hazy Sea” starts off with a scream. Within seconds, an ascending wave of chaotic noise covers every inch of space the song can hold as a slow drum barely manages keep it all together. The song moves into a pattern of soft, straightforward moments followed by explosive intervals. After three minutes, a keyboard interlude fades out suggesting the end of the track. Instead, lead singer Joe D’Agostino’s scream brings the song back in full force. Instruments tumble over each other in a futile struggle for dominance before it fades out like an ambulance siren screeching into the distance.

“And The Hazy Sea” sums up the eclectic manner of the record as a whole. There’s at least one wild turn in almost all the songs found here. The group also moves through many different genres, adding what they like. In example, is the proggy intro of “Some Trees” that transforms into a frantic post-grunge number. “Share”, which sounds like Arcade Fire if they made a shoegaze album, and “Wind Phoenix”, a breezy Californian rock number with an acid-washed solo, are some of the best examples.

However, not all these conflicting tones happen on the surface. On “Indiana”, a low drone that conjured images of a alien spaceship landings before somehow becoming a light number supported by a jolly piano, you’re transported to any Wild West saloon. The happy nature of the track takes on a sarcastic edge though, as D’Agostino goes on about cellars adorned with animal bones and fur jackets, “spattered with plasma.”

While all these sharp changes usually work for the songs, it goes too far in “Cold Spring”. Within six minutes, the song moves from a mournful string section grounding an airy guitar, to an aggressively guitar-ridden track, to an explosion of rising strings, to an off-kilter guitar solo. All these pieces work individually, but the transitions between the sections are too jagged to be successful.

Transitions are another problem for Why There Are Mountains as a whole. Many of the tracks end sounding like they’ll lead into the next song. But usually, the following number is completely different from the previous one. The transition between songs simply doesn’t exist. This has a two-sided negative impact of endings being cut off too suddenly and the album not having any real flow.

These problems hold back what was otherwise an unusual and original debut. Many of the songs found here work toward Cymbals Eat Guitars’ style but it goes too far at some points. With a tighter focus on songwriting next time around, the band has a huge chance at being as successful as they are strange.