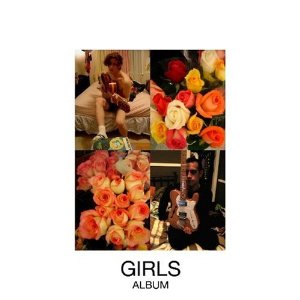 The band also has a story. A lot has been made of lead singer Christopher Owen’s past; as a former member of the Children Of God cult, it’s unsurprising. Leaving the cult as a teenager and moving to San Francisco, Owens met Chet “JR” White and recorded Album. Subsequently, this release is an “overflow of expression”. Owen was completely isolated from pop music, his mother regularly prostituted herself and his father left them.

If you are looking for any insight into the cult, however, this is not the place to look. Besides some gut-wrenching personal admissions, the lyrics are ambiguous and diplomatic: “I wish I had a father/And maybe then I woulda turned out alright.”

Album is a fun, sun drenched indie album. Songs like “Laura” attest to that fact, bobbing along on the bright production and clean cut guitar licks. Owen’s voice is gloriously understated, a sleepy drawl . White took over production duties, adding some intricate touches; “Headache” comes across Smiths-esque, whilst high-point “Hellhole Ratrace” winds along for four minutes before transforming into a sing-along.

It sounds like a mish mash collection of demos and fully developed songs… because that’s exactly the sound they were aiming for. The majority of Album was recorded on the cheap, with mashed up instruments. The band are evidently pleased with the Beach Boy comparisons, suggesting that with the right equipment, “it could have been Pet Sounds”.

It’s a simple approach, but you can sense that this is just the beginning. “Morning Light” is a raging, fast paced number that hints that the future might hold a heavier direction. It’s a given that drugs were heavily used in the making of this album, and the atmospheric ooh’s and rag-time rhythms back it up. Girls are aiming to rein in the pills next time around, and who knows what the real world could hold for them?