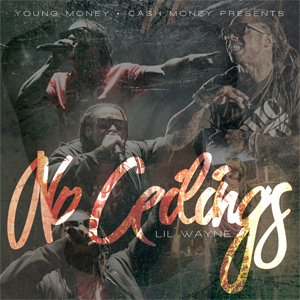 It’s taken me since my first listen to Tha Carter III, but I’ve had an epiphany: Lil Wayne doesn’t give a shit about anything other artists do. This is a guy who records all the time and opens up his mouth and immortalizes on tape his sizzurp-fueled ramblings on luxury cars and his bedroom skills. The enjoyable thing about Lil Wayne is just watching him go. He’s a great mix of today’s rap: Sex-driven men who gleefully drown in their own testosterone and drug-addled rappers with some messed up daddy issues. And on his new mixtape, No Ceilings, it’s mostly the former. A lot of the former.

Since his 1999 debut LP, Wayne has released six albums. But since 2003, he’s put out 11 mixtapes. His mixtapes are just a chance for him to experiment, to spit out some even more thug-tastic gibberish and keep himself as sharp as can be between albums. His mixtapes are for getting out those bad lyrical kinks; he seemingly mentions his “super dick” or alludes to it on multiple occasions. Plus, I lost count at like 20 on how many times he said, “No ceilings.” Also, take some of the lyrics from “Ice Cream Paint Job”, the badass 2030 version of some West Coast rap that would make 2Pac swell up with pride: “I’m on a boat, bitch, getting seasick. Stop playing; I’m fresher than a Degree stick.” Truly not Tha Carter level work that we expect, but Weezy’s a genius at generating loads of interest, no matter how absurdly odd he can get.

But Weezy does make some songs better, no typo. Take “Poke Her Face”. This was Kid Cudi’s hit song “Make Her Say”. In an emotional album with little reprieve,  Cudi wanted to make a four-minute blow job joke. Not only does Wayne go with the original title, but he also shows he can take things one step further and make an even more frat boy-friendly ode to oral sex. Same goes for “Throw It In The Bag (Remix)”, the best song on the whole shebang. You want to draw a honey into your Louis Vuitton spiderweb? Wayne throws the silk gauntlet down better than Fabolous ever could. “Watch My Shoes” and “Banned From TV” are where Wayne really seems to let it rip and build it up into this explosion of boastful claims that are humorous and edgy in a way that only Weezy can pull off. (“I’m an asshole/Wipe me down, bitch” takes the lyrical cake.) “Watch My Shoes” features a scaled-down beat and demonstrates Wayne’s real wit. It’s mostly painfully cheesy, but that’s the kind of thing Wayne wants. Undoubtedly, he’s proven his credibility, especially in his extracurricular activities, and he can say whatever he desires. Blame it on the drugs, the fact that he’s a bit of a Martian, or whatever you want. The truth is he’ll always do big sales, and we can’t stop it. That’s real artistic power right there.

Meanwhile, “Single” is this synthy slow jam played through a broken tape deck that warbles the sex appeal on and off, backward and forward at regular intervals. It also has the best lyric EVER: “She say she wants to be Weezy F. Babysitter/She wants to cut off my dick and take it with her.” But it isn’t all solid gold grills. “I’ve Got No Ceilings” rips from the Black Eyed Peas’ “I Gotta Feeling”. It’s too syrupy rich and poppy for Wayne’s own good, and takes the already overboard theme of no ceilings (we got it already, you’re Mr. Unstoppable) and dropkicks it into the land of way overblown. Same goes for the Beyonce-ripped “Sweet Dreams”. Certain things don’t belong in Wayne’s world.

Despite the formulaic nature of this effort, Wayne does throw us a few curve balls. This is an album full of cameos. But they’re all younger or up-and-coming artists (save for Birdman). A song like “I Think I Love Her” with Tyga shows that A) Wayne has good taste (even though Tyga did make that awful reggae/rap blip “Coconut Juice”) and B) even if he’s not the star of the track, he ensures someone can still rip it up properly, which Tyga does with a true snarl. Plus, Nicki Minaj shames Lil’ Kim in the same track. “Swag Surf” is old-meets-new with lots of digitalized trumpets and an extra heavy drum machine. “Wayne On Me” is Weezy’s Marvin Gaye joint. In it, he alludes to his member as a “microphone” and the chorus is a plea to “make it Wayne on me.” Wayne is the only one I’d take my backwards cap off to for such chauvinistic tomfoolery.

In the sort-of-ending track “Outro”, Wayne has a bit that perfectly encapsulates his feelings on his free mixtape. A statement that best sums up his music beliefs and skills, his work ethic, and his overall outlook on life and interpersonal relationships: “Yo beat ain’t safe. Because I’m Weezy. I’m different. I have plenty of it. So there’s nothing for me to share. Priceless, that’s why it’s free.” And I’m done.