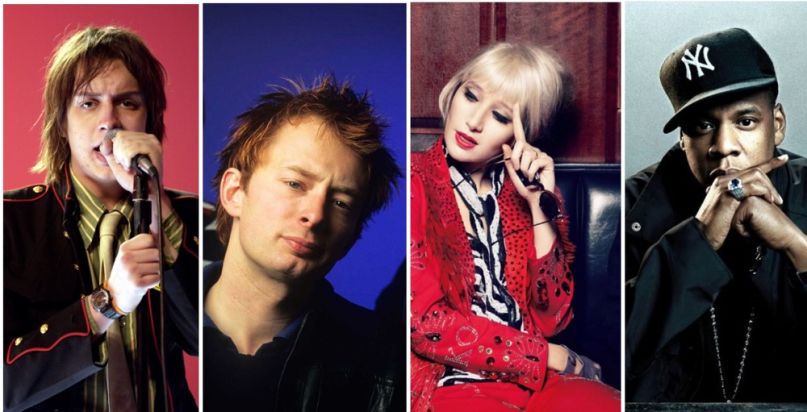 And we’re here… 2010. It’s hard to believe that ten years have passed us. It almost seems like just yesterday David Fincher unearthed Fight Club to confused audiences, that Tony Hawk was only a skateboarder (and not a video game mogul), and The New Radicals were still, um, new. The truth is, 1999 doesn’t seem so far away — especially when you pop in Californication or try and remember the slasher genre, namely those beloved Scream movies.

In fact, it’s hard to believe we’re in “the future.” Hell, whenever Back to the Future, Part II comes on TBS (Don’t tell me you forgot about this!), 2015 still seems far away, even though it’s at arm’s length now. Then again, maybe it all comes down to perspective. After all, when you turn to the side and think about the eight years with President Bush, the rise and decline and (somewhat) rise again of Tom Green, and the last time you bought a CD, it all feels about right.

But overall, it doesn’t feel like 2010. Instead of flying cars and video games that require you not to use your hands, we’re bogged down with age-old past times, like recessions, health insurance scares, and U2. Nothing seems futuristic, save for a trip to the Apple Store, and while we’re embracing the future with every inch that technology shifts forward, it all just sort of boils down to everyday mundane life.

That doesn’t really apply to music, though. Not at all. Each year, bands both new and old throw out album after album, stuffed to the brim with sounds that take us to yesterday, today, and, most of the time, to tomorrow. It’s here where we understand the true value of time and how far we’ve come. Artists and groups like Animal Collective, Daft Punk, and even Radiohead take us by the hand into regions that suit our wildest dreams, where things happen that will never occur in our lifetime. Then there are those that keep us grounded, that help us understand our inner emotions and thoughts today, bands like Wilco, The Arcade Fire, and The Strokes. It’s like we’re sonically expanding our own dimensions. Pretty deep, huh?

C’mon, it’s 2009! Everyone knows how vital music is nowadays, and even though we’re guilty of its absolute accessibility (e.g. the advent and success of the mp3), the past ten years have brought us new ways to celebrate its sonic brilliance. We all own iPods (or Zunes, for the five of you). We all walk and work and play with them in our ears — after all, we live for this stuff. But it’s more than that. We don’t just live for this stuff, we live with this stuff. You know, everyone has recognized again and again that albums have become just a hub for — or a collection of — songs, but few have noted that songs have become dalliances of everyday life. That’s why it’s important to go back, to look at where these songs come from, and to recognize the true power of that “hub”, or “collection”, or album!

And that we did…