When we look back on the aughts, what are we going to remember? 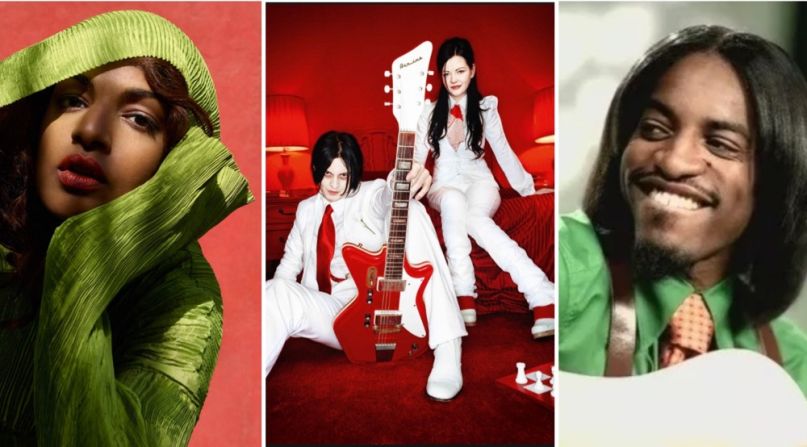 When we look back on the ’00s, what the hell are we going to remember? To be blunt, a lot. It’s almost hard to keep track of everything! But, try we will. To summarize, the ’00s saw a lot of “returns.” Now, before you raise your hand and ask a million questions, let me clarify. When I say “returns,” I don’t mean tax returns or those ugly sweaters after Christmas. No, we’re talking about the second chance, the encore, or… the epic (sometimes unwarranted) return. You know, kind of like Saved by the Bell: The New Class!

It all started with the idiot nobody elected: President Bush. Someone somewhere, probably while on mescaline or something otherworldly, thought, “Hey, what better way to start this decade than how we started the last… with another Bush in office!” Well, that thought became a statement which became an idea that rolled into a campaign, and one that somehow made its way into the Oval Office — and for eight years, no less. Nobody knew it at the time, but this started a trend…

Take a look around, everyone’s making a return. It’s a big fad. Bands reunited (e.g. Stone Temple Pilots, Pavement, My Bloody Valentine), actors we thought to be dead returned to surprise us (e.g. Mickey Rourke), and some even tried to return but ended up dead (e.g. Michael Jackson). Hell, turn on the television. Half of the CW programming is a collection of ’90s shows… making a return. 90210? Melrose Place? Ring a bell? In fact, you could argue that The Simpsons tried to return, even if they never really left in the first place. There were some major backfires (e.g. NBC’s Knight Rider, Jerry Seinfeld’s Bee Movie, John Travolta’s fourth comeback), but it all peaked with one giant, hip conglomerate… Apple.

Apple, for all its charm and dazzling software today, was a dusty relic in the ’90s. To be honest, they were horrible. PowerPC? More like a headache that managed to steal cash from your wallet. And when those iMacs hit public schools everywhere, they might have looked pretty, but nobody wanted to make that shift, save for “those graphic designers.” Then came a cute, little invention in the early ’00s: the iPod. It took a couple of Christmas holidays to catch on, but by Winter of ’05, everyone who was anyone owned one. By ’07, everyone who was anyone wasn’t anyone anymore because they now knew nobody because they were slaves to a plastic device. Regardless of the global sonic slavery, one thing became clear: Apple returned!

Because of this, there’s been a very interesting trend in music for the past decade. Songs have become synonymous with life. Why? Well, for two reasons. One, Zach Braff. Two, Apple. Let’s start with the Scrubs guy first, though. In 2004, Garden State became the first film in probably ten to 15 years where the music preceded the actual film. All sorts of folks flocked to Best Buy or Borders to buy the popular soundtrack. Most people hadn’t even seen the movie. They knew one thing, though: These songs would change their life. This mentality, coinciding with Apple’s insistent demand to keep those buggy lil’ earplugs on your head, made for one “personable” experience. Forget the album, a dead subject to anyone outside of Greenwich Village or a critic’s circle. But also, forget the mixtape.

With the iPod, everyone started what nixed the mixtape: the playlist! People culled songs from band’s career spanning discographies, all with the purpose in soundtracking their everyday mundane life, and with the hopes that it’d make everyday mundane life something else. Something bold! People still do this. In fact, it’s one reason why MP3s continue to be so popular and why I can’t visit Tower Records down the street from me anymore. And c’mon, it’s not rocket science here. You don’t have to do a long, public survey to find out that people live by this mantra: “It’s uneconomical to buy a CD for a song, so why not download it?”

So, what the hell does this all mean? It means songs are important to people. They cherish ’em because they live with ’em — and vice versa (I think). Albums are still sacred and what not, but it’s the songs that matter these days. In some respects, this could sort of be considered a return, too. Here’s a fun fact. Long before our time, bands wouldn’t even bother with an album. They would be lucky if they even made it that far. No, studio heads and producers pushed singles, what were then called 45’s and what we now call EP’s. If there’s one thing to be said of the ’00s, it’s that the MP3, for all its intensive purposes, is just the medium to which “songs” made their triumphant return. But still, it’s all because of Apple.

p.s. I almost forgot, here are 50 songs we all thought were pretty good.

There are definitely better songs in Kings Of Lon’s repertoire. But try telling that to the fans that were turned onto the band thanks to this one. It’s expansive arena rock that sparked a worldwide devotion. Whatever helps more people get turned onto Aha Shake Heartbreak is a good thing. And besides, this may have launched the career of the next U2. –Joshua Kloke

The first single from Nine Inch Nails’ Year Zero revealed a different side to Trent Reznor, both musically and lyrically. Instead of focusing his anger on himself or other specific people, he’s taking a shot at a world gone wrong… “this great nation.” As a result, Nine Inch Nails created one of its best songs since The Downward Spiral era. –Joe Marvilli

“Rebellion (Lies)” was the gateway into the glory of Arcade Fire for the general public. The song is vibrant with fantastic production and a wealth of sound combined with the awareness of life we’ve grown to love from Arcade Fire. –Charles Poladian

“Umbrella”‘s stratospheric fate was sealed before Rihanna even arrived on the track, with Hova delivering one of the best introductory verses in recent history. “Jay, Rain Man is back with little Ms. Sunshine/Rihanna where you at?”. As soon as Rihanna let the now famous ‘eh-eh-eh’ rip, the song secured a place in our hearts. Ultimately it’s a simple song; from the GarageBand beat to the song’s key metaphor, Umbrella ran on the ‘less is more’ theory. –Will Hines

The post-modern isolation of “NYC” is the perfect distillation of Interpol’s sound. From their debut, Turn on the Bright Lights, “NYC” is the love letter to the city that will always go undelivered. –Charles Poladian

Banjos, piano, and guitars make up for one of the most heartfelt folk songs in a decade that’s seen the genre overwhelmed. But by the time the two brothers say, “But if love is a game, girl, then you’re gonna win/I’ll spend the rest of my life bringing victory in,” everyone who’s ever embraced their loved one will find it hard to argue otherwise. –Michael Roffman

Yes, Feist is one of the few indie stars recognizable by your mother, but can you blame them? She croons with a deft charm, proving that even in indie rock, simple is still best. Those Ipod commercials may have helped her career, but I can’t help but wonder; was it Feist who actually helped the Ipod? –Joshua Kloke

The Flaming Lips really can make anything sound happy. In “Do You Realize??” death becomes a whimsical dream, as frontman Wayne Coyne mulls over the conundrum of existence. As he philosophizes, “The sun doesn’t go down/ It’s just an illusion caused by the world/ Spinning ‘round,” Mr. Coyne and the Lips assure us that everything is going to be okay. And sometimes that’s just what we need. –Drew Litowitz

In any state of mind, whenever “Times Like These” by the Foo Fighters comes on, it hits home every time. For Grohl and the company, “Times Like These” encompasses the band’s best efforts to combine pop sensibilities, odd time signatures and overall great rock & roll musicianship. Name checking Minneapolis punk legends Husker Du (“I’m a new day rising”), the Foos certainly know how to hand credit where it’s due and “Times Like These” in their respective aspects resembles major Du influence. Not just a great song, it also proves to be a great pick-me-up track if you’re feeling down in the dumps, reminding you that life goes on and that you’re given a fresh clean chance to start again. Simply inspirational all around. –Jay Ziegler

Even before it soundtracked a memorable scene in the 2004 film Garden State, “New Slang” had introduced New Mexico band The Shins to the indie masses as one of the standout tracks on the band’s 2001 debut Oh, Inverted World. Heralding a band of stunning songwriting gifts, the song’s alternating strum and twang made for a tune that’s equal parts wistful and jaded. –Gillian Rosheuvel