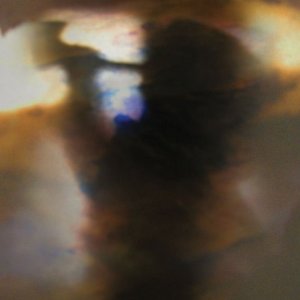 Animal Collective‘s music progresses, fluidly, naturally. That isn’t to say that the new stuff is necessarily better than the old; but there definitely is conscious and clear movement from record to record. And now, as the seasons change with the releases, they’re moving from “Summertime Clothes” to Fall Be Kind.

Merriweather Post Pavilion, easily one of the best records of 2009, definitely stood on its own as a summer album. The club-jam feel of the aforementioned “My Girls”, the sweltering, throbbing beats of “Brother Sport”, and the stuttering grooves of the aforementioned “Summertime Clothes” perfectly sound tracked the sweaty months of summer. Then, the changes that Avey, Panda, and the Geologist (and maybe Deakin? Who can tell anymore?) have to make to produce a fall sound stand at the forefront of the record.

“Graze”, the EP’s opener, twirls and spins with synthy strings reminiscent of a 70’s family film. Dave Portner (Tare) croons some sappy lines about spending the morning together and letting things happen. The whole nostalgic, warm tone of the piece is very autumnal, as it were; the song is an introspective look at Portner’s mixed feelings about being a famous musician (turns out it’s awesome, but sometimes you just want to be at home). Eventually, though, the fall falls away and in bursts a version of what bootlegs from the past few years had been called “Pan Flute Jam”. Sure, it’s silly, but it’s fun and keeps the whole old-fashioned kid-appeal thing going. The bassy rumbles that accompany the flute are considerably softened compared to the bootlegs, but they still provide some punch.

Next is the famous “first legal Grateful Dead sample” tune, “What Would I Want? Sky”. The piece is, again, warm and cozy. The big melody is easily latched onto, which is becoming more and more common in the AC world. The sample isn’t obtrusive either; instead of chopping up and messing with their own vocals, they’re merely doing it to someone else’s. Plus, the lyrics are anticipating winter as much as the feel of the song is. At one point, Portner swoops in with a shout of “here come them flurries” that sounds charming instead of worried.

The stilted drone of “Bleed” follows. The piece really doesn’t go very far, Noah Lennox (Panda Bear) and Portner dueting on a basic, repeating theme. This certainly feels like a let-down after the build-and-release of the first two gems. “On a Highway” is similarly slow and simple, drilling in the message that life on the road is tough. Portner’s lyrics are downright confessional: “Sick of too much reading, jealous of Noah’s dreaming”.

“I Think I Can”, the only Lennox solo, is a complexly layered musically and structurally. Bunches of pianos, synths and other sounds combine in a slow pool of slippery song. Lines like “Well I guess, I’m just doing what makes me feel good” again are much more personal than AC fans should be used to; it almost feels like a look into the song-writing process.

Animal Collective EPs tend to fall somewhere between stop-gap and “this should’ve been an album.” The music here is close enough to MPP, but it has moved enough that it gives some insight into where they might be going. Fall Be Kind is good for two listens in a row, which is something worth talking about. So, when’s the new album come out?