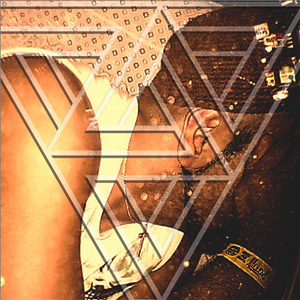 It seems as if the record is moving away from down-tempo, “Breathe In”-type works, at least in the starting phases of the album. “Heavy”, as its name so dictates, is louder and messier than most of its peers. In what can only be described as “digi-dynamic”, this track pushes some eclectic scales and faster melodic progressions that liken it to a Megaman epic. In a way, this piece sounds more advanced than what we last heard from the group..

The robo-transgression continues with tracks like “Looking Back on Earth” and “Oil & Water”, both louder and more metallic than the rest. The latter is one of the better songs on this album, representing that luminous tonality that characterizes STS-music. It’s a robotic interpretation of the juxtaposition of these two substances. See, it seems as if the “oil” of the title could be the distorted, raw intro that splashes into and away from the more serene, percussive “water” that takes over the song from halfway through.

However, at the near midpoint of Ad Explorata, the moods begin to shift and “Crypto City” kicks in with a slower, space-allusive down tempo jam that should have really lasted a bit longer. Following in this airy tradition that “Crypto City” introduces is “EHM”, which presents what is probably the most exciting breakdown of the album through its fragile, fairy-like synth waves. On this, track six, the marriage of instrument and machinery is more than well-documented, portraying a futuristic tribal sound that is well, only logical coming from the band called Sound Tribe Sector 9.

Opener “Phoneme” and “Re:Stereo” are nice off-setters to the otherwise purely machinist tracklist. The latter offers the soul of this record with its soft piano melody and galloping build-up. Its delicate tinsel-wrapped phrases envelop one in warmth, and “Phoneme” is the soundtrack of spring itself. A bit out of place for spring to come in December, but in the cold weather we all like to hope. It’s a flowery, blooming sound, outright colorful and shamelessly curious. If there were ever to be a remake of Disney’s Fantasia, “Phoneme” would be the song monarch butterflies would morph to. It’s excited, sweet, and explorative.

Overall, however, there are plenty of similarities in the introductions of all these songs. Although in “ATLAS” you’ll find some gnarly staccato synths and everywhere else there are interesting sounds, as an album, Ad Explorata could contain more variety. Each track does evolve uniquely though, and at times repeats movements from earlier in the record to remake them with the purpose of creating a similar but strange aural concoction.