Beach House’s Teen Dream Is a Masterpiece That Arrived Earlier Than Expected: Review 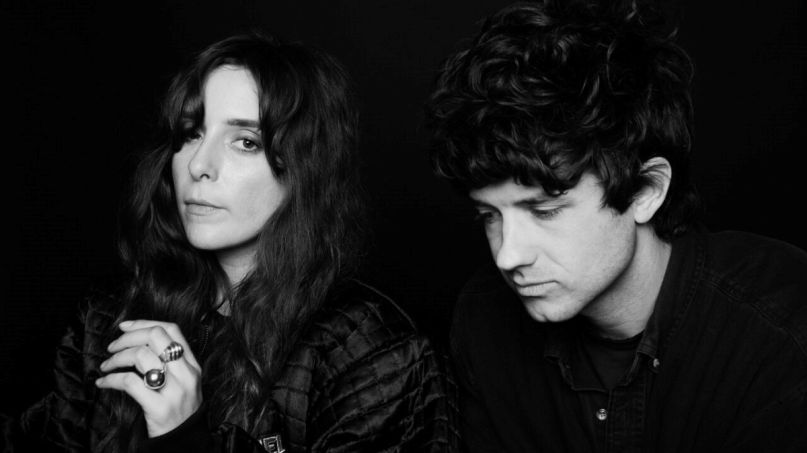 Beach House have always seemed like a band best suited for the background. Their self-titled debut and follow-up Devotion are the kind of albums you play at a mature dinner party or while you are getting stoned with your lover, providing lovely accompaniment when the music doesn’t have to be the focus. The band have seemed most comfortable out of the spotlight, usually providing support (as they did for The Walkmen and Grizzly Bear) rather than headlining their own tour, and lead singer Victoria Legrand may be more well-known to some for her background harmonizing with Grizzly Bear than for her own band. All this being said, Beach House improved from their first album to their second and a continued progression seemed logical. I just didn’t expect a masterpiece to come so soon.

Teen Dream is a record that demands to be turned up within its first 30 seconds. During this time, a simple finger pick of electric guitar is joined by drum machine snares and multiple Legrand vocal moans. “Zebra” grows and grows within the space it is given, and though we are not talking about the epic scale of, say, The Arcade Fire, they are not too far off either. Legrand and Alex Scally create a sound that is much bigger than the two-piece that they are, helped by the fact that Legrand can carry a song on her own with her powerful voice. But they also know when to sit her back in the mix, such as in the second stunner on the album, “Silver Soul”. This track finds the organ, drums, guitar, and vocals all existing in an equal space, rising and falling at different moments so each has its own time to shine.

While a couple tracks may be familiar to listeners familiar with Beach House (“Used to Be” was released as a single a couple years back; “Norway” had been available for a few months), Teen Dream is composed of 10 tracks that all seem like songs you have always known, even after the first listen. However, none of the songs seem overly-simple or derivative. This is a testament to a timeless quality Legrand has perfected as a songwriter. “Walk in the Park” could be a classic soul song if not for the haunting organ that would be at home in the opening credits of a David Lynch film. “Better Times” also walks this line, but throws its curve ball when the melody changes from slow-paced and hypnotic to a breathless chant half-way through. Beach House is not happy in their comfort zone any longer. They seem willing to stretch what they are capable of, and nearly every song offers a surprise at some point.

And, while a lot will be written about Legrand’s voice and Scally’s guitar, the use of percussion on Teen Dream may be what holds the entire project together. I can’t remember ever hearing a Beach House song and thinking about the drums. When playing live, all percussion is provided by a drum machine, and I assume the vast majority of the drums on Teen Dream come from the same source. They are the driving force behind the grand finale of “10 Mile Stereo” and the gradual build of “Zebra”. “Norway” is built around synthesized snares and more-organic-sounding toms while “Walk in the Park”, “Used to Be”, and “Lover of Mine” not only open with the sound of the drum machine but use speed increases of the percussion to move the songs past the down-tempo slow jams Beach House usually seem stuck on.

The only troublesome thing about this record is that with 10 tracks this strong, where do Beach House have to go from here? It is hard to imagine them topping Teen Dream, but then again, it was hard to imagine them making this album in the first place. And Legrand does have room to grow as a lyricist. When remembering the record, few turns of phrase stick out. Part of that is the fact that her voice is often down in the mix, but when the lyrics are apparent, her most endearing quality is that the listener believes everything she sings. On closer “Take Care”, she promises to “take care of you, if you ask me to.” This statement is sung with the warmth of a blanket and provides a comforting conclusion to Teen Dream. Beach House is clearly ready to step out from the shadows and play timeless music intended for dreamers and romantics. Play this at a dinner party and you will likely kill any chance of conversation. Which could be cool, too.

Pick up a copy of Teen Dream here…