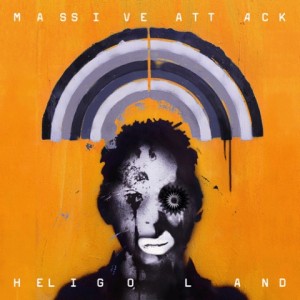 Since their acclaimed 1991 debut Blue Lines, Massive Attack has made a career out of soundtracking our melancholy moods. As a result, they’ve seen the release of each subsequent album elevated to event status – a situation no-doubt helped by the group’s languid working pace. Almost a full decade has gone by between the release of 2003’s 100th Window and their latest, Heligoland. But they were hardly idle in the interim, touring extensively and releasing a hits compilation, 2006’s Collected.

Now comes their fifth album. Named for a German archipelago in the North Sea, Heligoland finds M.A. revitalized for the first time in a decade. In addition to five guest vocalists (ranging from former Tricky collaborator Martina Topley-Bird to Elbow’s Guy Garvey), the album features the sleek, modern city songs that marked the band as groundbreakers 20 years ago. Ethereal vocals sail over behemoth bass lines and swirling keyboard loops, creating an uneasy soundscape you somehow never want to leave.

The album opens auspiciously with TV On The Radio’s Tunde Adebimpe lending his husky croon to the environmental lament “Pray for Rain”. “Their necks crane/as they turn to pray for rain,” he sings over stark piano chords and eerie keyboard inflections.

But as with previous M.A. albums, it is the female vocalists who define the feel of Heligoland. Topley-Bird’s languidly sexy voice plays over the drum ‘n bass-style rave-up of “Babel”. Meanwhile, “Psyche” (which appeared on the Splitting the Atom EP in drastically remixed form) is recast here as a minimalist lullaby. With Topley-Bird’s voice set against insistent guitar picking and synthesizers, the effect is both startling and alluring.

Likewise, “Paradise Circus” achieves an otherworldly effect. The song features Hope Sandoval (formerly of indie darlings Mazzy Star) on vocals. Spooky handclaps and elegiac piano build momentum, as Sandoval breathily sings, “Oh well the devil makes us sin/but we like it when we’re spinning in his grip” before a sleek, soulful string arrangement carries the song to its climax.

Elsewhere on the guest roster, Blur’s Damon Albarn appears on the longing “Saturday Come Slow.” Martial drums blend with Brit-pop guitars and Albarn’s mournful wail of, “Do you love me/Is there nothing there?”

The dystopian “Flat of the Blade” mangles the voice of Guy Garvey, mixing it with loopy sonics. But none of that prevents him from chilling you to the marrow as he sings “Things I’ve seen will chase me to the grave.” He could be talking about coming home from war or the end of a relationship. The reason for the song’s melancholy is beside the point. What matters is the sense of anxiety conveyed, something to which anyone can relate.

Heligoland –- which means “holy land” in German –- isn’t all about the guest stars. Longtime M.A. collaborator Horace Andy, who has appeared on all five of the group’s albums, appears here on the dense, bass-driven “Girl, I Love You” and organ-drenched lament “Splitting the Atom”.  Andy may be the band’s secret weapon, as almost every song touched by his hearty voice is made golden. On “Girl I Love You” he turns a club-ready tune into an actual love song. And on “Atom” -– which may be the closest M.A. gets to a political song, with lyrics like “the bankers have bailed/we’ll never learn” -– Andy shares vocal duties with both 3D and Daddy G.

3D’s sinister whisper is at the center of both “Rush Minute” and the album closer “Atlas Air”. “Rush” chugs along on the strength of a relentless beat with 3D wistfully sing-speaking, “I wanna be clean/but I gotta get high.” The eight-minute “Atlas Air” features perhaps the most straightforward beat ever heard on a Massive Attack album and plays like a harrowing travelogue, with subtly changing tempos to match the ebb and flow of 3D’s mood.

At the end of this ten song journey, we’re left feeling both uneasy and reassured. The downbeat feeling that hangs in the air at the end of an M.A. record remains. But Heligoland also provides the return to form fans have wished for, proving that as they enter their third decade, M.A.’s creativity is far from dulled.