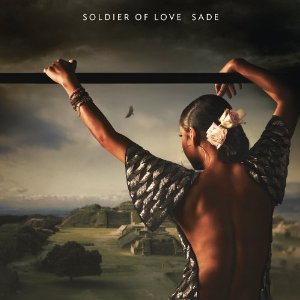 A provocative thread of mystery has always pervaded the music of Sade Adu. In the ’80s, when the songstress and her band captured hearts and imaginations with hits like “Sweetest Taboo” and “Smooth Operator”, her smoky vocals and the band’s jazzy groove lit up the airwaves. But the band always played hard to get, taking extended breaks between albums and never giving away too much about itself. Over the past three decades and through their six albums, Sade has solidified her status as Queen of the Quiet Storm.

The ten-year break between 2000’s critically acclaimed Lovers Rock and her latest, Soldier of Love, has not dulled Sade and her band’s creative edge. Her voice is still as sensual and evocative as ever, and the band -– guitarist Stuart Matthewman, keyboardist Andrew Hale, and bassist Paul Denman -– has expanded its sound, incorporating elements of folk and trip hop. Working with longtime producer Mike Pela, Sade has created a collection of songs about love and longing that deserves to take its place next to Sade’s finest work.

Typical of Sade’s work, Soldier.. is comprised of mellow ballads, acoustic guitar-driven tunes, and one or two uptempo songs. The album opens with the ballad “Moon and the Sky”, a longing lament punctuated by mournful guitar picking and piercing harmonies. “You’ll always know/the reason why/we couldn’t have/the moon and the sky,” Sade sings, effortlessly drawing the listener into the world of her story.

Lead single and title track “Soldier of Love” proves a stunning reintroduction to the band. A stark solo trumpet heralds the beginning of the song before a heavy martial beat arrives. Sade sings of persevering in spite of lost love. “I’ve lost the use of my heart/But I’m still alive…I’m at the borderline of my faith/I’m at the hinterland of my devotion.” The feel of the song recall’s Sade’s own “King of Sorrow” (from Lovers Rock), but sonically, it’s unlike anything in her catalog.

Throughout the album, Sade and her band flesh out their sound in a variety of ways. “Morning Bird” features an elegiac, piano-driven opening that then transitions into Sade’s yearning vocal. On “In Another Time”, a soulful horn figure saunters through the middle of the song as Sade sings, “In another time, girl/your tears won’t leave a trace.”

“Bring Me Home” is one of the album’s upbeat tracks. Featuring a trip-hop beat, the song deals with spirituality with lyrics like “The smallest step I need to take is like a mountain stretched out like a lazy dog.” As with all of Sade’s lyrics, the simplest words convey complex emotions.

A story of love and parenthood, “Babyfather” boasts a reggae beat and joyous children’s choir, while the sleek, lounge-ready “Skin” is a quiet kiss-off (“Now as I begin/to was you off my skin/I wanna peel you away/cuz you’re not right within”).

The album ends where it began, with reference to staying the course for the sake of love on the album closing “The Safest Place” (“My heart has been the lonely warrior/In my heart, your love has found the safest hiding place”). In the world of Sade, love is king, even –- or perhaps, especially –- when it’s wrecking you.