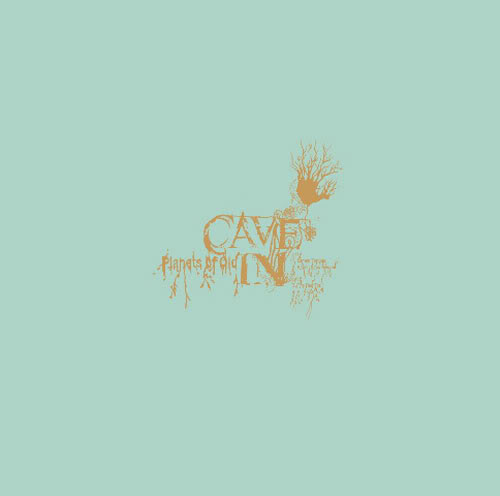 Record label Hydra Head has always been one of major interest. Aaron Turner (frontman of Isis) formed the company in 1993 and has promoted/distributed almost every major experimetal act from Converge to Neurosis, including his own projects. The company continues to sign unique up-and-coming musical acts, but doesn’t draw the line at metal. Other genres that release on the label include hip-hop, hardcore, noise, and, well, just about anything experimental. Pushing boundaries of music is the promoter’s main idea, so it’s no surprise that post-hardcore act Cave In dropped their old deal with RCA to join back up with the boys at Hydra Head. Cave In’s latest EP, Planets of Old, marks the return of the group after an almost four year hiatus.

Planets of Old takes the mainstream hardcore feel of 2003’s Antenna, and combines it with a slower brutal grind reminiscent of the band’s early material. In other words, this new effort is damn good. It’s only a four-song endeavor, but by the time it’s over you’re going to be begging for another spin.

“The Redtrail” and “Air Escapes”, the final two songs on the EP, make up the more impressive half of the release. The first of the two is just pure hardcore goodness. It consists of a brutal guitar grind accompanied by fast-paced drums and guttural screams and howls. “Air Escapes” is where the band truly shines, though. Vocals (with the line “Hang a self-portrait to cover a crack in the wall”) open the song and complement the groove-fueled hardcore riff perfectly. Nodding of heads back and forth and a fast circle pit are almost begged for by the time the song is over. The final lyrics that close out the song put the band’s newfound energy into perfect perspective: “air escapes our lungs everyday.” And then it all ends.

Cave In has produced a truly powerful and angry set of songs. Major progression between their last album and this one is so apparent that I feel the group did its fans an injustice by only recording an EP. If you’re a fan of good metal, then you definitely need to give this band, and all of their albums, a serious listen.