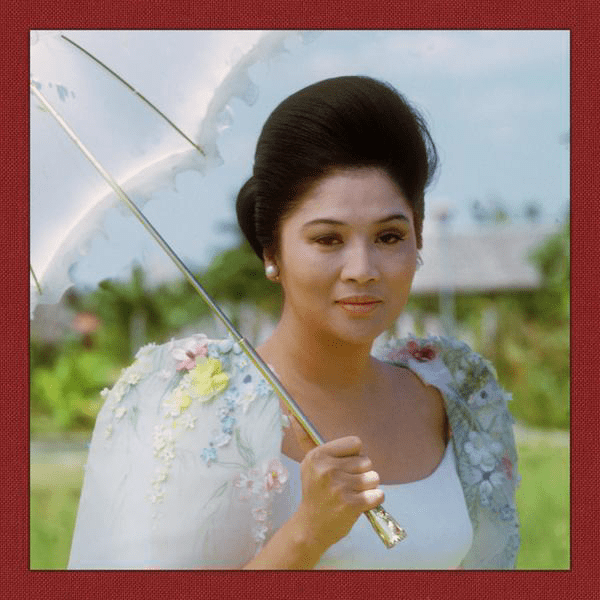 I’m always one for interesting and mind-bending combination in pretty much every activity surrounding my life. Combined musicians in strange circumstances always continue to get me stoked. In this instance, we have David Byrne, the legendary former front man of the Talking Heads, one of the most important and talented bands of the past 30 years. And then there is the gangster tripping funk of Fatboy Slim, one of the UK’s most notorious DJs. Naturally, when I heard of this collaboration, I was fucking stoked. However, this album could have been the most misleading thing I have ever heard.

Obviously when I thought of this combination, I thought it would be David Byrne spitting philosophical gobbledygook over dance beats worthy of making Christopher Walken fly. This is not the case. Apparently, Here Lies Love is the story of Imelda Marcos, the First Lady of the Philippines and the relationship between her and a servant from her childhood. Nothing but flowers? Nope, nothing but history, told in a romanticized two discs that sound as exotic as the Philippines themselves. Also, don’t expect to hear much from the guy who made us question how we got here, for this album is chocked full of female vocalists to get the story across in an elegant and beautiful fashion.

The title track kicks off the record with fancy strings and horns, only to be the prelude to a soothing female voice singing. That voice is Florence Welch, and the song only gets more upbeat and lively with every minute. When she cries out, “Here lies love” over a triumphant horn line, you know there’s some emotions behind this fiery hot lyricism. Tori Amos joins the fun for the spicy “You’ll be Taken Care Of”, a tune that makes me really wish I knew how to salsa dance. This song features exotic grooves behind Amos’s vocals as well as a percussion section that contains a plethora of unique sound combos. The first male voice on the album is heard on “A Perfect Hand” with Steve Earle. This emotional gem contains a raw guitar riff with lyrics that are delivered so peacefully, yet powerfully. The final track on disc one, “Ladies in Blue”, brings forth a Fatboy Slim phantasm of a beat over crooning lyrics about the world’s imperfections and obviously women in blue clothing (translation might not be literal).

“Dancing Together” kicks off the second disc with a Fatboy Slim-familiar drumbeat accompanied by Sharon Jones hollering out to the people of the world to let music fill your heart and dance in unity. What more could one want from a pop song? “Never So Big”, featuring Sia, contains an island style composition with vocals and lyrics applying a hypothetical paintbrush all over your mind. “American Troglodyte” is the first appearance from Mr. David Byrne, over a very new wave bit of music with Byrne being his usual quirky self. He discusses democracy in action, mailing postcards, and how Americans like technology and blue jeans. As usual, Byrne is right, and that’s what makes him still relevant by today’s standards. “Why Don’t You Love Me”, closes the entire album and features a duet between Tori Amos and the off-screen Goonie, Cyndi Lauper. The two sing over a haunting melody about being denied love that was once there, and as the song fades out, we know love is lying down and is at this point officially dead.

David Byrne and Fatboy Slim have certainly concocted a unique album together. I can honestly say this is a form of high art that is far beyond me. This could be because I’m a shallow twit, but I had a difficult time understanding the complexity of this album. Byrne remains one of the most charismatic and intellectual songwriters of our time, and Fatboy Slim can still produce the coolest beats for people to break-dance to outside of movie theaters. Together, they are a skilled pair of craftsmen who can create albums filled with intellectual glory. They’re just smarter than the rest of us.