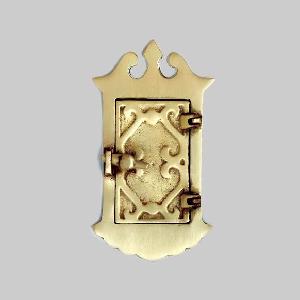 So Liars never repeat themselves. I get it. They don’t look back, and certainly not with anger. And sure, in many ways they are the progressives they claim to be. They’re not, dare I say, lying to us. But, it’s not as if Liars start from scratch at the beginning of every outing, killing off two of the three members and putting out a disco record. Liars won’t be tackling folk anytime soon. Nonetheless, it does appear that they aren’t sticking to any kind of formula.

In 2007, they followed up their mind-blowingly dense concept record, Drum’s Not Dead with a more straightforward art-punk-rock set in the form of Liars. Now they’re at record number five, but this time Drum and Mt. Heart attack might be having a little resurgence. And even if this goes against their anti-style, when it comes down to it, forgetting their glorious past may be one of their least admirable qualities. After all, what’s so genius about abandoning a sound that garnered such positive criticism from both critics and contemporaries?  Why forget about an album so powerful Thom Yorke couldn’t fathom its creation? These guys opened for Radiohead for a reason. With Sisterworld, it’s clear that Liars are at least starting to remember how undead Drum actually is, and how un-boring it can be with him in the picture. Nonetheless, their memory is still a tiny bit fuzzy.

Sisterworld sounds like a few of the Liars we’ve met over the years. Mainly it comes across as a mixture of their self-titled effort and Drum’s Not Dead. There are the slower Mt. Heart Attack-esque tracks, which seem to trudge along painfully, finding Angus Andrew sighing his poetry as if he’s been dragged up to the microphone—if you can believe it, one of their more intriguing sounds. There are those weird chants that have the band harmonizing in agony, and loads of them. Songs like “Scarecrows On A Killer Slant” look to the explosive, angry punk found on Liars’ self-titled release and earlier material. Songs like “Scissor” display a loud-soft, melodic-thrash dynamic. The dissonant, off-kilter post-punk guitar work isn’t taking a vacation, either. It’s all there, and it comes together for one purposefully discordant, at times distortion heavy, ethereal sound.

But mainly, what’s going on here is texture, and a whole lot of it. Liars have never been so obsessed with layering and production as they are in this creepy, dark world of sisters. Something new is going on in Sisterworld, even if it’s subtle as hell. Perhaps it has something to do with Tom Biller, the guy behind the board this go-round. His resume includes work with Kanye and Beck, so it’s easy to see how the band could get a little more invested in production with him at the wheel. For one, anti-melodic melody wraps around every song, creating tunnels of reverberating tones for us to travel through. Shimmering notes are at the core of songs like “Proud Evolution”. Whispers creep in around lead vocals. There are just a lot more things going on at any given time. Opener “Scissor” reveals how touring with Radiohead may have even rubbed off on them, as the song opens with “Nude”-y Yorkian coos, before warm strings enter in.  Early standout, “No Barrier Fun” is a string-laden head-nodder, fixed with chiming xylophones.  Penultimate “Goodnight to Everything” even totes some epic brass, making for yet another fine inclusion. It all makes for one gloriously eerie listen, with noises crawling in from every direction.

But even with all this attention to detail, some of these songs just don’t stick, don’t really go anywhere, or trudge along a little too slowly. As far as production goes, this thing is clearly the work of some of the finest out there. It’s not too polished, either.  It’s just the right kind of mess. You’ll get lost in all the noises involved in every track. But it just feels like there could be a little more at the core of each song. As a whole, it comes together nicely, but it does seem to drag in places.

It’s hard to say just why, but maybe it has something to do with every track’s repetitive style. One line or phrase tends to turn into a mantra on nearly every song, which can get tiresome. On top of that, many of these lines are violent ones. The thing is steadily brutal, with choruses like, “We should take the creeps out at night/Drag them incomplete by their ears/We should nail their thoughts to the wall/Stand them in the street with a gun/and then kill them all!” Most tracks either have violent lyrics, violent titles, or simply sound violent, which can be good in small doses, but can also create a stylistic imbalance.

And while Liars are certainly into the idea of melodic dissonance, there may simply be too much on every track. A lot of Liars songs succeed in that the dissonance and texture accent the song’s catchier elements–a killer drum pattern, a pleasant melody, a cool guitar line—here the textures take precedent, and there’s not much to latch onto. Some songs achieve a better balance, but the few that don’t definitely stand out.

Sisterworld sees the Liars doing a lot of things right, but perhaps a few short. They are definitely working towards something magnificent, and though their newest is fresh and pleasing, this just isn’t it. You can certainly feel it coming along, though, and just knowing that what’s this good already can definitely be better makes Sisterworld a rewarding listen.