Pavement – Quarantine the Past 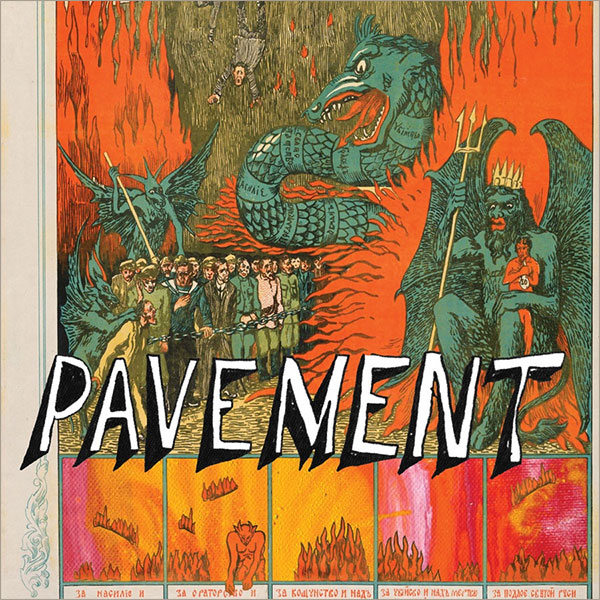 Over the 10 year stretch between 1989 and 1999, Pavement released five albums and about nine EPs. The messy, lo-fi beginnings of Slay Tracks (1933-1969) turned into the tuneful, yet still often messy Terror Twilight over those 10 years before the group called it quits. And lo, from that catalog, a 23-track best-of compilation was made. And it rocked.

But, really, the question here is whether you should buy a copy. Most Pavement fans have been snatching up the re-issues of those five albums over the past few years, salivating at the prospect of each album’s accompanying discful of B-sides and live cuts. Those fans probably won’t find anything new as a reason need to buy this compilation (but they’re also typically the completists who would toss out the cash anyway). But Quarantine the Past is a must-buy for: a) those who haven’t heard the band but want to be ready to love Pavement at upcoming festival spots; b) people curious about Steve Malkmus’ past; or c) those “I have Crooked Rain, Crooked Rain, but I don’t know what to listen to next” fans.

Quarantine truly is a quick summation of the re-issues: they grabbed all of the best and well-known album tracks, added a handful of those B-sides, EP tracks and deeper cuts, and stirred. Crooked Rain standout “Gold Soundz” opens, highlighting all of Pavement’s greatest attributes. The jangly garage-rock guitars are there, the twisted, goofy yet emotionally powerful lyrics. “Frontwards” quickly follows, certainly a lesser known track from the Watery, Domestic EP, yet just as great. The cheeky chorus of “Well I’ve got style, miles and miles, so much style that it’s wasting” is followed by stabs of just off-key guitar.

Later, “Two States” (from the excellent Slanted and Enchanted) is completely off-kilter in its fuzzed, Velvet Underground-esque guitar solo over a simple, repeated, jostling rhythm. The Malkmus-penned lyrics are…not that clear (“40 million daggers” is shouted a bunch of times). It’s been suggested it’s about splitting California in half, or maybe it’s about civil war, or maybe it’s about fighting aspects of one’s inner self. Or maybe it’s just Malkmus being wacky. Who knows.

Possibly the best known Pavement song, “Cut Your Hair”, follows. The gleefully wacky and pop-friendly jam actually made it to number ten on the U.S. Alternative charts. Wordless backing vocals, lyrics critical of the the image-dependent music industry, and the manic Malkmus howling “Career…Career…Korea…” back and forth at the end of the song come together for a perfectly subversive and garage-y nineties college rock song.

The self-deprecating, yet still touching lyrics of “Here” come a couple of tracks later. The wonderful opening lines (“I was dressed for success, but success it never comes. And I’m the only one who laughs at your jokes when they are so bad, and your jokes are always bad, but they’re not as bad as this”) are a prime example of exactly what Malkmus could do. He took the mopey, tragic tone of other popular nineties bands (NIN, Smashing Pumpkins) and turned it on its head. Sure, you’re still allowed to be sad sometimes, but why revel in that sadness when it’s just as easy to make fun of yourself?

In fact, the delightfully nervous look at life on the road “Range Life” takes a look at the difference between Pavement and Smashing Pumpkins: “Out on tour with the Smashing Pumpkins, nature kids, they don’t have no function. I don’t understand what they mean, and I could really give a fuck.” There’s always been talk of Malkmus and Corgan not liking each other, of Corgan pushing Pavement off of a joined tour, but that kind of rumor-slinging isn’t really the point. The song isn’t about whether SP are any good. It’s about Malkmus being a crazy, tongue-in-cheek, eyebrows-raised genius. He knows how to push buttons, to play references off of each other, to be wildly entertaining.

I haven’t even mentioned “Summer Babe (Winter Version)”, “Date W/ IKEA”, or “Spit on a Stranger”. There aren’t any misses on the compilation. Anyone who’s  dug through more than one of Pavement’s albums would be able to tell you that. Not all of the songs are at the same level of hook-greatness as “Cut Your Hair”. They don’t all have the same bite of “Range Life”. But, altogether, Quarantine the Past is a neat little bundle that solidifies Pavement as a brilliantly composed band, from Malkmus’ insanely engaging lyrics to the consistently strong musicianship.