Cypress Hill Rise Up for first release in six years 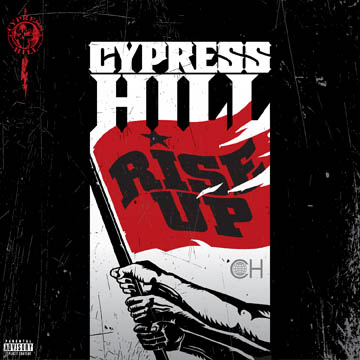 After reaching multi-platinum success with their self-entitled debut LP nearly 20 years ago, and helping propel the rap-rock craze throughout the ’90s, Cypress Hill stayed quiet during most of the last decade.  The West-Coast rap foursome haven’t released an album since 2004’s Til Death Do Us Part, and were without a record label after fulfilling their contract with Columbia Records. While the group may have been on hiatus, B-Real, DJ Muggs, Eric Bobo, and Sen Dog continued their musical journeys solo. B-Real and Sen Dog each released a solo LP, entitled Smoke N Mirrors and Diary of a Mad Dog, respectively. Drummer Eric Bobo released two albums, and DJ Muggs released a slew of albums working with GZA, Prodigy, and Alchemist. Now, the group returns collectively and with their first studio album in six years, titled Rise Up.

While staying busy with their solo projects, the members have managed to keep their LA recording sessions quiet. Over the past three years, emcees B-Real and Sen Dog, along with Bobo and newcomer DJ Julio G, have been laying down tracks for Cypress Hill’s upcoming release at B-Real’s home studio, The Temple. The recording studio must have become quite crowded, as the newest release includes efforts by Rage Against the Machine’s Tom Morello, Linkin Park vocalist Mike Shinoda, System of a Down guitarist Daron Malakian, Everlast, and The Alchemist. Marc Anthony and Pitbull even provide vocals for the upcoming single, “Armada Latina”.

Rise Up will be available April 6th via Snoop Dogg’s record label Priority. Currently, the Morello-produced “Rise Up” is available on iTunes, as well as the single “It Ain’t Nothin”. You can check out the video for “It Ain’t Nothin” below, accompanied by a detailed track listing. For now, Cypress Hill hasn’t announced any tour dates, but look forward to a tour announcement in the future as B-Real stated: ”We’re looking forward to taking these songs on the road and playing them for our fans around the world.”