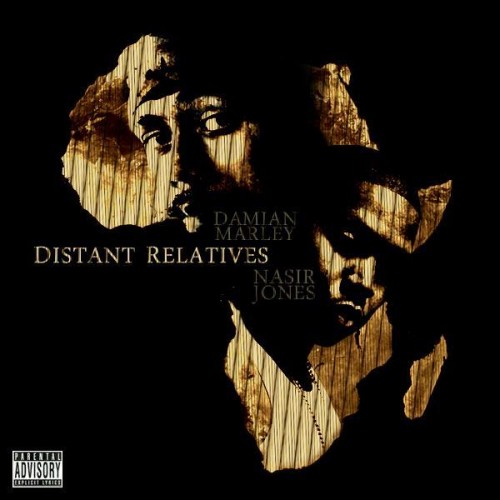 Following his controversial 2008 album, Untitled, Nas will return this spring for a collaborative album with Damian Marley, titled Distant Relatives. The record will be released on May 25th through Universal Republic.

In addition to the duo of Nas and Marley, the album will feature a bevy of guest stars. Lil Wayne, Joss Stone, K’NAAN, and Dennis Brown will all make appearances throughout its fourteen tracks. The album is dedicated to the hoods in America and Africa and was produced by Marley. Two of the singles, “Strong Will Continue” and “As We Enter” can already be found online.

“Right now, I’ll tell you first, I’m working on an album with Damian Marley, and we tryin’ to build some schools in Africa with this one, and trying to build empowerment,” says Nas. “We’re tryin’ to show love and stuff with this album. So, the record’s … all about really the ‘hood and Africa also as well.”

* The album will also include one more track, titled “In His Own Word.”