Whatever happened to the Beastie Boys Hot Sauce Committee Part 1? 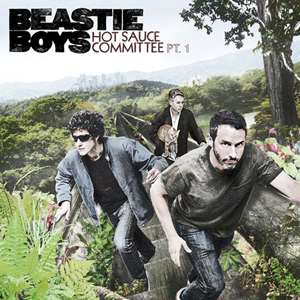 Last summer, the release of the Beastie Boys’ eighth studio effort, Hot Sauce Committee, Pt. 1, was put on hold after Adam Yauch was diagnosed with cancer. Since then, the legendary rap trio has remained relatively mum about the album’s future. However, in a new interview with Entertainment Weekly, Yauch notes there’s a chance that the album may never be heard as originally intended.

“We may or may not [release it] depending on how my health is, come September,” Yauch explains. “We finished the record over a year ago, so we want to take a look at it and re-evaluate and make sure it is what we want to put out there and that we are still happy with it. I don’t think we will change it up too much”. Sounds promising, right? Well, let’s hope so. For now it seems Hot Sauce Committee, Pt. 1 will have to remain in limbo without a firm release date until the Beastie Boys are done modifying and editing the recording.

Yauch also went on to note that his health has significantly improved over the last sixth months and, as he predicted late last year, it seems the rapper is now swiftly recovering from his surgery. “I feel better. It was touch and go there for a while, but I am finally getting my energy back,” he noted. As always, we wish Yauch the best as he continues his recovery.