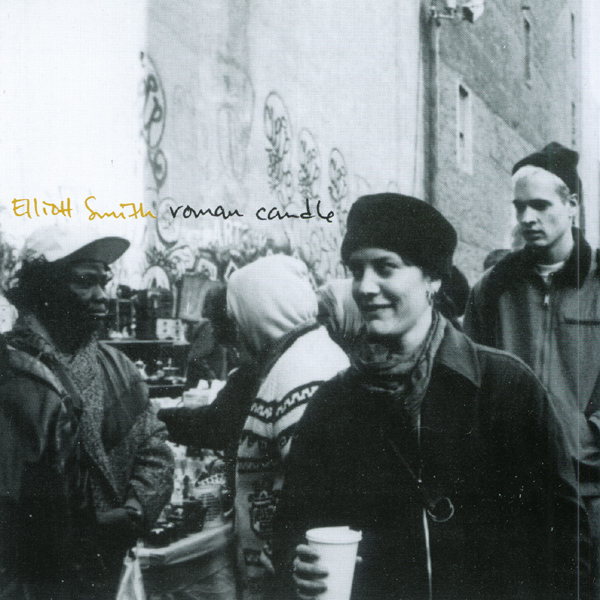 Already on his debut album, Elliott Smith was hailed as a modern equivalent to Nick Drake. The honest lyrics painting haunting imagery as on the title track, “I wanna hurt him, I wanna give him pain”, of course were hard not to trace back to Pink Moon. Whereas Drake was inclined to use surreal ciphers for lyrics, Smith was most of the time merely refraining from being brutally straight-forward in his deeply personal and emotionally tormented lyrics. The image of a genius recluse is, however, shared by the two.

Roman Candle was never considered a release by Smith but was persuaded by Cavity Records. It was far from a genius effort but nonetheless an important solo performance pointing towards where his many strengths and few weakenesses as a singer and songwriter were. His multi-layered vocals create rough harmonies making doom and despair sound less hopeless and more as an inescapable part of life we have to face and deal with.

This guitar-plucking gem was his first retreat from Heatmiser and if yet short and more light-weight than his following albums Roman Candle still captures many of the essences of Elliott Smith’s subsequent works. The reissue is remastered by Larry Crane and the clear sound adds to the intimacy in headphones but makes the melodic nuances, probably Smith’s finest trait, protrude in a stereo or computer. Choose whichever you like, because either way you’ll be helplessly sucked into Smith’s first solo detour that would eventually, after the breakup of Heatmiser, evolve into one of the most mythical and praised singer/songwriter careers of the ’90s.