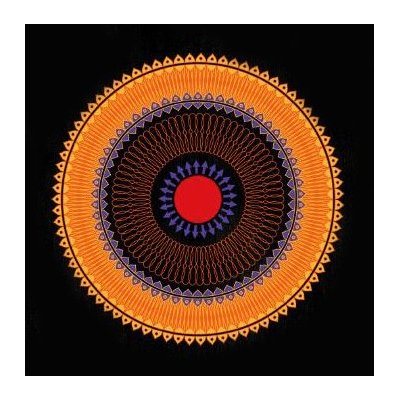 At one point in time, you probably liked the Smashing Pumpkins (if for some reason, you don’t anymore). In the mid-nineties, there was nobody as creepy cool as the Pumpkins. I can recall the poster that graced my neighbor’s wall, in which the design resembled what I would later discover, was the “Tonight, Tonight” music video. Billy Corgan stood before me in a very scary tux, while James Iha and D’arcy Wretzky loom in the background playing instruments of a different era. Mysterious stars and planets litter the background of the poster only made me question what the Smashing Pumpkins were all about, which clearly was the point because I went out and bought their records. The band was as badass, artistic, cool, mysterious, weird, and ingenious as a nineties mainstream alternative band could get. But that was then, and this is now.

The Smashing Pumpkins should not be the artist on this record. It should be billed under Billy Corgan, or at least back to his old band Zwan. Yes, Billy Corgan was the “chief member” of the Pumpkins and yes, he is what comes to mind immediately when the band’s name is uttered. But it’s relatively safe to say the band’s sonic resonance has been lost to this generation. When you hear the Smashing Pumpkins now, it’s not nearly as cool as when you were hearing the Pumpkins back then. Since 2009, Billy Corgan and the band that he calls the Smashing Pumpkins have been working on Teargarden by Kaleidoscope, a masterpiece he only unveils a few songs at a time. Very recently, the band put out an EP with the first few songs on it entitled, Vol. 1 Songs for a Sailor. The results are more interesting than mind-blowing (like “Cherub Rock” in 1994).

The first song, “A Song for a Sun” sounds like your Pumpkins prototypical song. There’s haunting piano at the beginning, still cloaking Billy Corgan in mystique, until his usual screech comes in over the elegant instrumentation. He dedicates the song to a son and a tailor, with a chorus stating, “I am one of many/Many more to come.” Is he referring to broken people, or songs left on Teargarden by Kaleidoscope? Most likely, it’s the first one. Soon though, a brooding electric guitar riff comes in making this sound more like a 80’s metal track rather than anything the Pumpkins have done before. The guitar wails and Corgan cries into the microphone. This is the Smashing Pumpkins alright. Next is “Widow Wake My Mind”, a rock number with crunchy guitars that lead into heavenly keyboards as Corgan chants out the title. The song is overtly upbeat as the band no longer seems to portray those feelings of angst that were associated with tracks like “Bullet with Butterfly Wings”.

“Astral Planes” begins with a bunch of feedback into a distorted-from-the-depths-of-Hell guitar introduction.  This sounds like the devil is raining down fire on all of us, but it’s just Billy Corgan with some tasty licks. The whole consists of Billy just shredding, which is probably exactly what he wanted to do for three and a half minutes. The shredding leads into an artsy little number entitled “A Stitch in Time”. Acoustic guitars blanket your ears as Corgan utters cryptic and in-depth lyrics softly. Eventually, synthesizers grace the track as well, making it no longer sound creepy, but like a nice walk through a meadow. “A Stitch in Time” proves to be a strange transition from the darkness into the light.

This certainly is a much different band than the one who produced Siamese Dream almost two decades ago. Now, I just want to say I don’t hate this record. It’s not bad by conventional standards. The songs are good, the lyrics are interesting, the instrumentation is (as usual in the Smashing Pumpkins standards) fantastic and it provokes vast reaches of human emotions. But, this is a band that made one of the most artistic double-albums ever, and still graced mainstream rock radio with their songs. So, what happened? It seems Billy Corgan and his group of cronies can still tweak good tunes, but for some reason they get lost in translation with modern America. This is because lots of bands are imitating the once unique, artsy characteristics the Pumpkins were known for. Every indie band now uses pianos, strings, cryptic lyrics, and bizarre imagery/sales concepts to get records out there. What the Smashing Pumpkins are doing now is standard, as opposed to back then, when it was completely off-the-wall. The Smashing Pumpkins can still make good records, but they don’t sound the same anymore; they just sound like all the other bands out there.