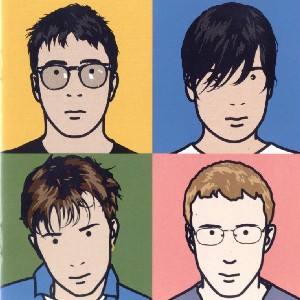 One would think that a news of a new Blur single be the last thing you’d see these days. After all, not only has the acclaimed outfit not released a single in over seven years, but frontman Damon Albarn is currently a bit busy with the Gorillaz. Plus, that whole reunion ended a while ago.

All that being said, guess what? Blur is actually releasing a new single. According to The Guardian, the band will release a yet-to-be-titled new song, on limited-edition vinyl, for this year’s Record Store Day, which takes place next Saturday, April 17th.

“We want independent record stores to continue. They’re an important part of our musical culture. Music is a simple way for Blur to show our support and we hope people like it,” explained Albarn in an interview with The Sun.

The new Blur release is part of a series of limited edition seven-inch singles being released by the band’s label, Parlophone, to mark the day. As previously reported, tracks from The Beatles, Hot Chip, and Lily Allen will also be included. Each release will be limited to 1,000 copies and comes in a vintage-style paper Parlophone house bag, available exclusively from independent record stores taking part in the event. And while the releases will mainly be limited to the UK, a few copies will reportedly find their way to North America.