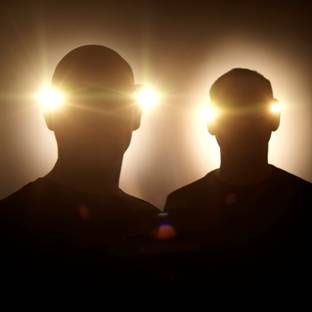 By all meanings of the word, Phil Hartnoll has long been a superstar in the music industry. As half of the legendary UK electronic duo Orbital, he and his brother Paul forged new ground for house music during the 1990s. The brothers continually pushed the bar with their capability to create complex arrangements and textures, layering synthesized instrumentation at varying beats per minute over a teeth-chattering bass, coupled with their ability to dissect the beat, leaving one flowing ambient melody. While the brothers Hartnoll developed set mainstays like “Halcyon + On + On”, “Satan”, and “Time Becomes”, their live improvisation offered ravers fresh material no matter how often they experienced a late-night Orbital concert.

Then inexplicably, with their 2004 Blue Album, which charted ninth on the US dance charts, the brothers decided to part ways. Seemingly, they hit a creative divide. “We both stayed busy,” Phil Hartnoll says of the hiatus. “My brother did the Ideal Condition thing. You know, what he wanted to do just couldn’t be done with Orbital. I did some work with Long Range. Yeah, my brother also did some soundtracks. And I did a small thing with some director… I just cannot remember the bloke’s name. I am just really bad with those.”

The brothers considered themselves disbanded until they were contacted by The Big Chill Festival in 2009. “We did the show, and we thought to ourselves, ‘This was a lot of fun,” Hartnoll explains. “The show just felt right, and we wanted to see what would happen if we just stared [touring] again.”

The duo decided to make these stops festival heavy, especially in the states. According to Hartnoll, he “had been thinking about it earlier.” After all, they hadn’t played the States in nearly a decade. “I really cannot even remember the last show. We were a little concerned, just how would we be perceived? With the festivals, it’s a way to… test that water. We didn’t want to play to half-full clubs.” And the attendees of Miami’s Ultra Music Festival were the first to be gifted with the long-awaited live Orbital show.

The setting was perfect: UK electronic brethren Faithless Sound System were playing in the background, and the cool ocean breeze was reminiscent of a late summer evening in London. Dressed only in a tank-top and shorts for their upcoming 9:30 Bayfront Live Stage performance, Hartnoll’s reluctance to accept a jacket to calm his chills was proof of his humility. He almost seemed anxious for the upcoming performance as the interview progressed.

“Tonight we will be playing our favorites songs,” Hartnoll explains. “Like our own Orbital greatest-hits.”  But, when asked about their redesigned “live-brain”, it became apparent that this show would be like nothing before. “We can improvise loads more. Before we were limited to 16; 4 pads with 4 functions a piece. Now there is like no limit. You see, with the MIDI pads we can que up one instrument at a time. Bass, different drums, different sounds, it is all there for us to choose, and then even change sequencing live.” This new framework allows for Orbital to feed off the audience and change up the structure of the song in a much more fluid manner. Hartnoll also noted that their famous headlamps had gone through an upgrade of their own.

Orbital’s reception at Ultra will be an indicator for its upcoming performances. When asked about their future performances, Hartnoll responds: “Right now we are just playing Coachella, and then our own lil’ thing in San Francisco. We don’t know what we are going to do at Coachella, don’t know yet how it will compare to tonight. It will depend on the crowd, if they are feeling into it.”

So, what is in store for Orbital once their current festival stint has ended? Hartnoll hinted at new life for the duo.

“Paul and I have worked on four new tracks while in the UK,” Hartnoll says. “It’s not like [our side projects], each is very Orbital-esque.” When asked about the sound of the remaining tracks, Hartnoll chose to be vague stating, “Right now nothing has been planned, we will see when we get there.”

Continuing to be mysterious and just plain vague, Orbital has also not decided if it will extend its live performances. Hartnoll once again re-iterating that this festival tour was a way to test the waters of the American audience. But after their Saturday night performance, which is highlighted in our Ultra Day 2 recap, excitement should only continue to build as Sunday at Coachella approaches.