Mountain Man Fest: Donate and get a new summer festival 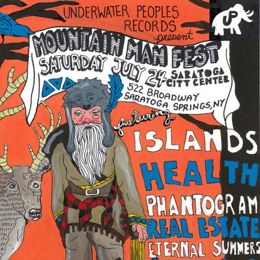 Thus far, we’ve seen a few artists attempt to utilize the donation based website Kickstarter.com to fund the release of a new album. But the Mountain Man Festival is taking it going one step further, as it is now asking the music community to help fund an entire music festival.

The  story goes something like this, per the festival’s Kickstarter page:

“Shane & Gabe have a dream.
A dream to host the raddest festival that ever existed (enter Mountain Man Fest)
And certainly the first of its kind in upstate New York.
However, Shane & Gabe have no money 🙁
So they worked their butts off and contacted a dozen plus talented bands. Some really big and busy bands. Some smaller but growing, and just as talented. Bands from this country, bands from the west coast, bands from abroad. They also contacted this Awesome record label. Because they are best. After a couple weeks of confusion with said excellent bands and the label, they began to come to an agreement. The bands wanted to play the show, and they committed to play the festival without any money up front.”

Thus, the Mountain Man Festival, which is tentatively scheduled for July 24th in Saratoga Springs, New York, is currently seeking donations to help turn that “tentatively” into “officially.” So far, the festival has confirmed the likes of Islands, HEALTH, Real Estate, Phantogram, Woods, Summer Camp, Memoryhouse, Pill Wonder, Family Portrait, Cults, Eternal Summers, and Yip Yip. Underwater Peoples Records are also involved in sponsoring the fest  and four of its bands will be playing.

Go here to donate. After all, the east coast could always use another summer festival!