Sonny Rollins brings the Joy of Sax to Chicago (4/9) 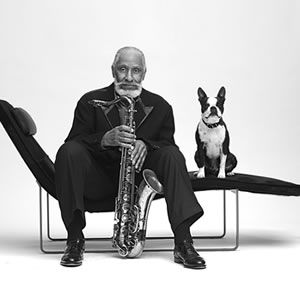 There are good musicians, and then there are legends. Sonny Rollins, the saxophone colossus, is one of the seminal legends of jazz still performing in the 21st century.  His outstanding contribution to jazz spans nearly 70 years and hes still pleasing audiences around the world. He expressed his musical voice on Friday as he took a nearly two hour stroll through a number of his own songs and a few jazz standards at the Chicago Symphony Orchestra.

Rollins was born Theodore Walter Rollins in 1930 and spent his formative years in Harlem where he emulated his idol Coleman Hawkins and became captivated by bebop jazz. Before the age of 20, Rollins was fortunate to work with both Miles Davis and Thelonious Monk, with Monk becoming an early mentor. Rollins career developed and expanded as he received critical acclaim and produced a number of jazz standards, becoming one of the most influential jazz musicians of the era. The tenor saxophone player performed with other pre-eminent artists such as Charlie Parker, Max Roach, Art Blakey, Bud Powell, and John Coltrane. His music has received notable recognitions, including two Grammy Awards, a Lifetime Achievement Award from the National Academy of Recording Arts and Sciences, and in August 2010 Sonny will be the first Jazz composer to be awarded the Edward MacDowell medal  an award that has been given annually since 1960 to recognize outstanding contribution to the artists field.

Appearing with him at the Symphony Center was Bobby Broom (guitar), Bob Cranshaw (bass), Kobie Watkins (drums), and Victor See-Yuen (percussion). Rollins spoke to the crowd expressing how much he loves Chicago and feels that its his second home. Taking center stage, complete with sunglasses and white sport coat, the jazz he provides transports you to a time and place where bebop jazz was king and the audience appreciatively grooved to the sounds of a true American music style. His collection on Friday was infused with improvisation and included a tribute to Chicago with a brief nod to My Kind of Town. Even at the age of 79, you can tell Sonny still has a passion for music.