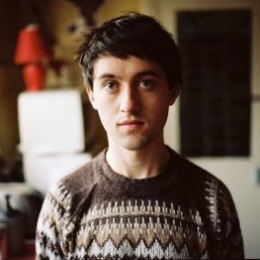 Dublin folkies Villagers are set to officially make their stateside invasion in June.

Villagers, the first Irish band inked to Domino, was founded by Conor J. O’Brien. His previous band, The Immediate, disbanded in 2007 after just one release, 2006’s In Towers and Clouds.

On the band’s first single, “Becoming a Jackal”, O’Brien’s acoustic guitar and lyrics evoke images of another famous Conor, but despite the obvious comparison, his intense delivery and storytelling recall the subdued emotional punch of fellow countryman Damien Rice.

While the new album and subsequent live shows will probably feature lush orchestration, his songs are equally powerful when being delivered by just voice and guitar (check out this video of O’Brien playing a bathroom).

For now, you can catch the band supporting Wild Beasts on a European tour. They headline some shows in April and May and will share a bill with Grizzly Bear in June.