Against Me! – White Crosses 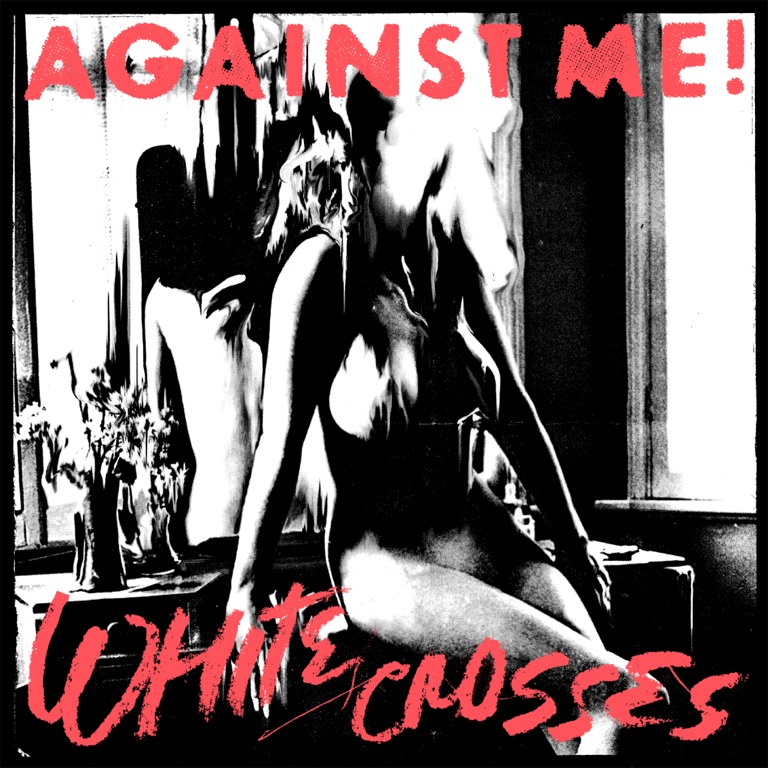 It was easy to fall in love with Against Me! Their angry, anarchist cow punk was fast, ferocious, and intellectually satisfying. Sadly, it’s no longer 2003, and White Crosses isn’t Against Me! as the Eternal Cowboy. But if you’re ready to give up some of your youthful idealism for some semblance of happiness, then the love doesn’t have to die.

It’s safe to say Against Me! has made a concerted effort to create an album with the potential for mass crossover appeal. They’ve done this in part by following the successful traits of bands who’ve had either flirtations or full-blown relationships with punk music. You can taste the influence of Green Day across “White Crosses”; it’s catchier in a more universal fashion than some of their early stuff. It’s not selling out, but yet another example of infusing and diluting their own sound with bigger influences, a demonstration of cutting and pasting parts of several cross-sections of music without compromising or forgetting that they’ll always be an angry folk-punk band from Gainesville, FL. “I Was a Teenage Anarchist” is a Bouncing Souls-like call that they can’t always be the angry young men, and that growth is way more freeing and individualistic than the confines of some movement (sung best in the line “I was a teenage anarchist, but the politics were way too convenient”).

But they also do things on their own to demonstrate their growth as a unit. “We’re Breaking Up” is the most shining example of their new sound: A razor thin edge of emotion built on top of this big symphonic display of semi-cow punk noise. They’ve reached an adult consensus and are dealing with things as some intermediary between rage-filled youth and well-adjusted adult. Rather than taking a big step back and touting a sound they’ve clearly outgrown, the band uses “Rapid Decompression” to take that two minute explosion and infuse it with some structure: enough to give it some fleshy depth but not enough to lose the spark and insanity they generate with some throaty chants and a few simple chords. And dare I say, they may never ever need to turn to their punk roots again. “Ache With Me”, which is without the snarl of their punk fury, shows they still know how to craft an emotionally open, intellectually challenging acoustic wonder that still boils over with their pained spite for a world they don’t want and yet so desperately need.

This collection of songs never will be, or could it ever replace, the likes of “Cavalier Eternal”, “Pints of Guinness Make You Strong”, or even a cut from Searching for a Former Clarity. But it doesn’t have to, nor should it ever want to. This is the fifth album from a group of guys pushing 30. The vicious act only has so much power until you have to move on. The band has recognized this and done their best to stick to the basics (challenge everything and wear your heart on your sleeve) but have expanded sonically, structurally, and emotionally for an album that deserves credit for its scope.