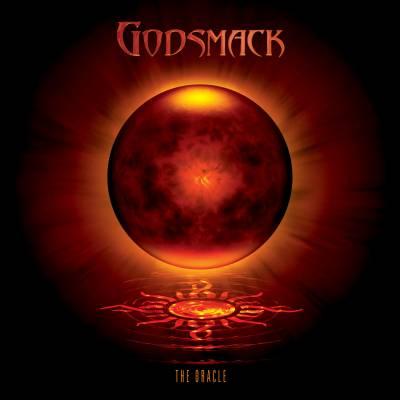 Yes, admit it, you dug some early Godsmack material: kicking ass and taking names to “Whatever” and “Get Away”, vibing to the doom of “Voodoo”, signing up for the military because “Awake” psyched you into thinking the Navy was your gateway to going Top Gun in an F-18 (or was that just me?).

Whoever you are, chances may be pretty good that you got onto at least one song, and who could blame you? Godsmack is radio rock with a punch to the gut and a short stack like Sully Erna wailing on serious vocal duties. The metal train for this band trailed off into more generic material later on in its career, supplying a soundtrack addition for the Dwayne Johnson-driven Mummy spin-off The Scorpion King, or basically trying to be the second coming of Metallica’s Load on IV.

Most would have counted this band out long before then (I know I had), and now we suddenly here the radio throwing out the drunken rager “Whiskey Hangover” and the (rumored) jab at Nikki Sixx titled “Cryin’ Like A Bitch”. Reminding us that Godsmack still has a steel bone to pick, the curiosity remains as to whether or not Godsmack has successfully managed to recapture the prior heat of its eponymous debut and Awake.

I should remind you, this is neither the entirely same line-up nor the same attitude on record from Godsmack; the edges have been polished and, while the band remains heavier than the previous couple of outings (IV, Faceless) and not nearly as bluesy (The Other Side EP), it is with great pleasure to say that this is Godsmack’s happy medium thus far, an amalgam of its best qualities with a few faults underneath the surface. Elements of what could have been had the band continued on down The Other Side (“Devil’s Swing”), evidence that Erna still has balls (“Cryin’ Like A Bitch”, “War And Peace”), and even a damn good instrumental for a rock radio staple like Godsmack (“The Oracle”).

The major downside one comes to is something seen all too often in the music mainstream: throwaway filler. A lot of this album, while catering to its specific fan base, has opted out of expanding anything and basically reshaped what was already readily available in their sound. It is admirable to stick to what works, but not at the expense of creativity. “Love-Hate-Sex-Pain” does show a more Alice In Chains flavor in a positive way, but “Saints And Sinners” is just old Godsmack with a new spin; “Good Day To Die” tries its hand at becoming more fast paced and dark, but a chunk of the rest falls by the wayside, as if the flashes of inspiration Godsmack brought home were streamlined to possible singles alone, which is a damn shame.

Would I call this a return to form? Not exactly, and definitely not to the extent that certain publicity would have you believe. Cutting past the bullshit, Godsmack has sincerely attempted a solid rock record with its own stamp on it (operative word here being “attempted”). Trying too hard artistically on the instrumental and giving us the sense it was forced out, not really moving beyond the familiar in terms of subject matter or titling, overloading half the album with tossers that glisten with some fresh sheen but nothing outstanding — the casual listener will overlook this, the die-hard fan will argue against this, but as much as I believe that Erna & Co. sufficiently put some feeling into recording The Oracle, it does not hold up to the hype.

Positively speaking, Godsmack will most likely not alienate its core audience, as everything one comes to expect from Godsmack nowadays makes an appearance. It is nice to see the band taking Dave Lombardo’s advice by not making the creature disfigured and unrecognizable, so that is that.