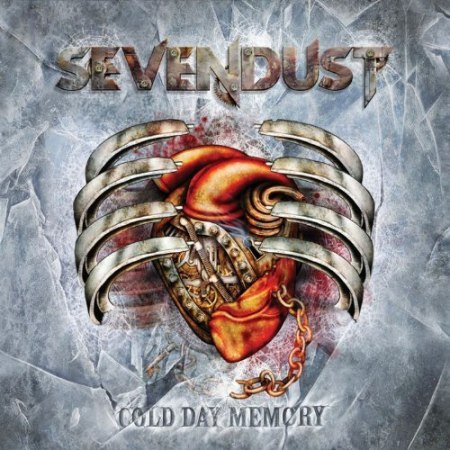 Sevendust has been called everything from nu-metal to alt metal to plain ol’ modern rock, but the truth of the matter is they are generally always some brand of heavy in a world populated by anthem rockers and wannabe bad-asses. With the newest album, Cold Day Memory, marking the heralded return of original guitarist Chris Lowery, all of Sevendust’s initial members are back in the fold again and ready to kick some emotional rears. Truth be told, this kind of reunion could only yield positive results, right? After all, anything is better than letting Chris Daughtry do guest spots (out of marketing, desperation, or sincerity), and that has already run its course on Chapter VII, yes?

To compare a similar-sounding — though much newer — act, if Stemm’s release Blood Scent was to be that band’s Vulgar Display Of Power, then Cold Day Memory is probably best described as Sevendust’s pitiful answer to Killswitch Engage in general or Disturbed’s Indestructible. The difference, besides a less potent set of bass drums, is Stemm aimed a little higher up the masts; Sevendust is heavier on most tracks here than it has been in some time, but the weight becomes drowned out in a haze of quasi-speed metal and the obvious context that Sevendust tried to market this sound to the Disturbed fans who buy into their same sound every single record post-Sickness. Granted, Alpha did at least try something along that line before, but it was tired then and it is now, and in Indestructible‘s case, the entire album at least fell back upon what could easily be a ton of radio prowess. Maybe we should coin a new phrase now, the term “UFC Metal”: something to describe this late fad of making semi-metal music for guys who’ve watched way too much mixed martial arts and still think tribal tats are hardcore.

The biggest issue here lies in abusing the good this band definitely has on its side. Cold Day Memory starts off relatively strong with the power and speed of “Splinter”, but quickly delves back into habits pre-Lowery in “Forever Dead”, reigniting the nu-metal base with lackluster results. For a band like Sevendust, which previously released a relatively strong hits compilation, Cold Day Memory feels like a band wanting to move forward, only on some other band’s coat-tails. Tracks like the first single, “Unraveling”, are so full of Un Loco bravado with no kinetic charge behind it, one has to ask why lead vocalist Lajon Witherspoon has abandoned the quick delivery for this generic metal crooner facade; this is not R&B, this not modern rock radio, you are not impressing anyone when you hit this shit on a single that could not beat out Hole’s “Skinny Little Bitch” with a crowbar.

Cold Day Memory tends to bounce around a bit after this, with “Karma” and “Last Breath” becoming easy, positively-charged, safe potential singles, while “Ride Insane” brings around that Disturbed mentality again with a dash of Seasons-era Sevendust, only less reliable and not nearly as loud. On the brightest side, Sevendust has most assuredly dipped into some of its best musical cohesion on Cold Day Memory; sadly, every opportunity that is given to really blow its audience away is hindered by a confusion as to whether or not they are radio friendly or reaching out to the original nu-metal roots they were culled from.

The most dedicated songs on Cold Day Memory, such as the possible future single “Confessions (Without Faith)” and the blatantly nu-metal inspired “The End Is Coming” (again, reaching back to Seasons-era), are bathed in the haze of consumer demand and Sevendust, while catering to that, seems to have lost touch with a deeper construct in their formats; I suppose the return of a completely reformed original line-up was too much hype for one run, and while most know you can never go home again, forgetting too much of it is blasphemous to your personal character and a loss to your truest memories, good and bad. Cold Day Memory does end on a solid metal note as it came in, a true back-to-basics gut-pounder titled “Strong Arm Broken”, coming full cycle through the grand and the begrudging with a newfound sense of both accomplishment and measures for the newest cutting room floor.

Much like other modern rock bands, this album is a “take it or leave it” kind of thing: nothing spectacular, nothing degrading, and thankfully this does not tread the almighty zone of no return a la Daughtry, Hinder, etcetera (yes, those jabs are both easy and deserved). This is not a case of bands selling out, but more so a case of trying to recapture an old strain and getting lost in the shuffle of fandom wishes versus corporate push. The efforts here are remarkably sincere, given the demographic and Sevendust’s last two dull releases — a breath of fresh air for fans who are big into metal, at that. If only that artery was not flushed in the process (for now?). On another positive note, Chris Lowery’s time with bands like Earshot have obviously lent some added atmospherics to his guitar, and that can be easily applauded in oh so many ways — and oddly enough, made this album more metal than Sonny Mayo from Snot did during his tenure, which is a damn shame in its own right.