An Open Letter to Roger Waters… 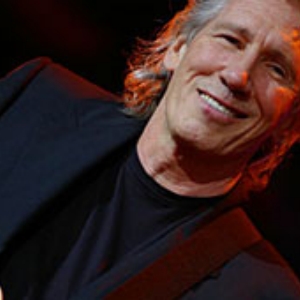 You don’t know me, but I’m a big fan. Heck, I’m forsaking any journalistic credo I’ve obtained over the past five years for the sake of this open letter. You of all people should sympathize with some brutal statements that may be made throughout this typed-up monologue, for you have made your bread and butter with such pointed statements. I mean no offense. Truly. And this will be as brief as possible.

I saw you for the first time at the turn of the century. You were kicking off the second leg of your “In the Flesh” tour, and I went with my best friend and brother to check it out. You see, we had been big fans of yours for about half a decade. My friend introduced me to Dark Side of the Moon thanks to that ridiculous-yet-awesome sync-up with The Wizard of Oz. The Scarecrow dancing off the yellow brick road during “Brain Damage” was fun, but it was the song amongst the other songs that really grabbed me. I was a fan from there on out. Every album the Floyd made with or without you was mine, as well as your solo efforts.

The show was an experience in itself. We didn’t think we’d ever have the chance to see you, well, in the flesh. We did. It was a thrill to see the audience respond to your solo track, “Perfect Sense II”, just as loudly as they responded to “Welcome to the Machine”. It’s the power of the presentation, the music, and the lyrics of your performance that make the songs what they are. Phenomenal. Uplifting. Downtrodden. Majestic. Melancholy.

You don’t have a good voice. You know this. Dave [Gilmour] and Rick [Wright] sang so many of your songs early on because of this fact. However, come Animals, you began to sing more. For The Wall, even more. By The Final Cut, you sang lead on all but one of the songs, and guess what? Excellent albums! All three. The honesty came through in your world-weary, worn-out vocals. And it will again. If you let it. Your voice isn’t beautiful by any means, but it’s your voice in the moment. We listen, and believe what you are speaking.

That’s why it was disturbing to hear that you allegedly lip synched your way through a lot of the last tour. I even remember seeing footage from Rock in Rio a few years ago, where you were late on the final verse for “The Gunner’s Dream”. Your vocals were there, but your mouth didn’t keep up.

I can’t just look the other way on this, as much as I’d like to. Your anniversary tour of The Wall is said to feature ground-breaking sound and visuals, and cannot wait to take it all in. I only hope the superior surround sound isn’t making your vocals from back in 1979 crystal clear. I hope it’s your cracked voice in 2010. I really do.

There’s no shame in a worn-down vocal. Bob Dylan and Lou Reed are still successful with their ravaged voices. Like you, they didn’t have good vocals to begin with. However, it’s their words in their moment.

This tour is going to do well. Sell-outs everywhere you go. The Wall still resonates in everyone who loves it. Personal, spiritual, religious, political, major, or minor, there is a wall surrounding all of us. I will be there in the upper section, arms raised hammer-style, awaiting you singing out, “So ya’, thoughtcha, might like to, go to the show.”

I know I’ll see you there, but I hope I’ll be hearing from you, as well.