Empire of the Sun adds one US show, cancels another 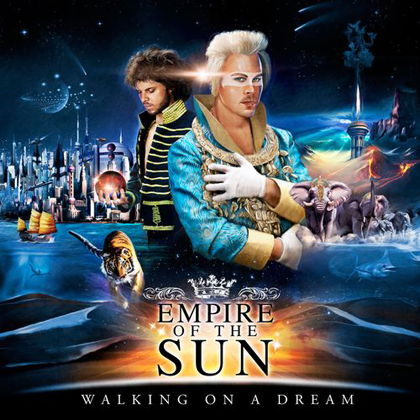 Are you considered one of the lucky ones or one of the unlucky ones? Not sure?  et me help you out: You are lucky if you scored tickets to one of Empire of the Sun‘s previously announced live shows in North America. Those shows are now sold out. Which leads us directly to the unlucky ones: You didn’t get tickets, or perhaps you got tickets for their Toronto show which is now cancelled. Fret not, there’s time to get to the other column yet.

Empire of the Sun have added another show August 8th at Terminal 5 in NYC. Those with AmEx’s can purchase pre-sale tickets now, and tickets are on sale to the general public this Friday at Noon EDT via Ticketmaster.com. Not in New York that weekend? The Aussie group will be headlining the Perry’s Stage at Lollapalooza August 7th, their first performance ever in the US of A.

Have no idea what we’re talking about? Read all about ’em here.