Paul McCartney to receive Library of Congress award for awesomeness 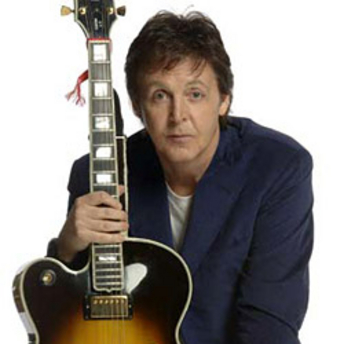 Paul McCartney‘s name is synonymous with pop music. He’s got tons of platinum and gold records, lots of money, legions of fans, and other cliched pop music status symbols. Plus, he’s a knight for crying out loud. But in terms of a title that actual carries weight on the side of the Atlantic that matters, McCartney is about to add winner of the Library of Congress Gershwin Prize for Popular Song to his list of accolades. How’s that taste, Queen Elizabeth?

The prize, which aims to give props to artists whose “creative output transcends distinctions between musical styles and idioms, bringing diverse listeners together, and fostering mutual understanding and appreciation,” will be given out on June 2nd during a special concert at the East Room of the White House. McCartney joins Paul Simon and Steve Wonder as those who have received the prize named after George and Ira Gershwin, the legendary songwriting duo. Not only is McCartney being honored for his musical contributions, but his humanitarian work with the likes of PETA to boot.

And in some actual news you can use, the whole celebration is being filmed for TV. Sure, it’s PBS, but you can still enjoy performances by Dave Grohl, Jack White, Elvis Costello, Corinne Bailey Rae, and more; plus “remarks from Jerry Seinfeld”. How epic does that sound? The concert, a part of the “In Performance at the White House” series, airs on July 28th at 8 p.m. EDT.

But if you don’t get to see this, you can always catch Sir Paul on tour this summer.