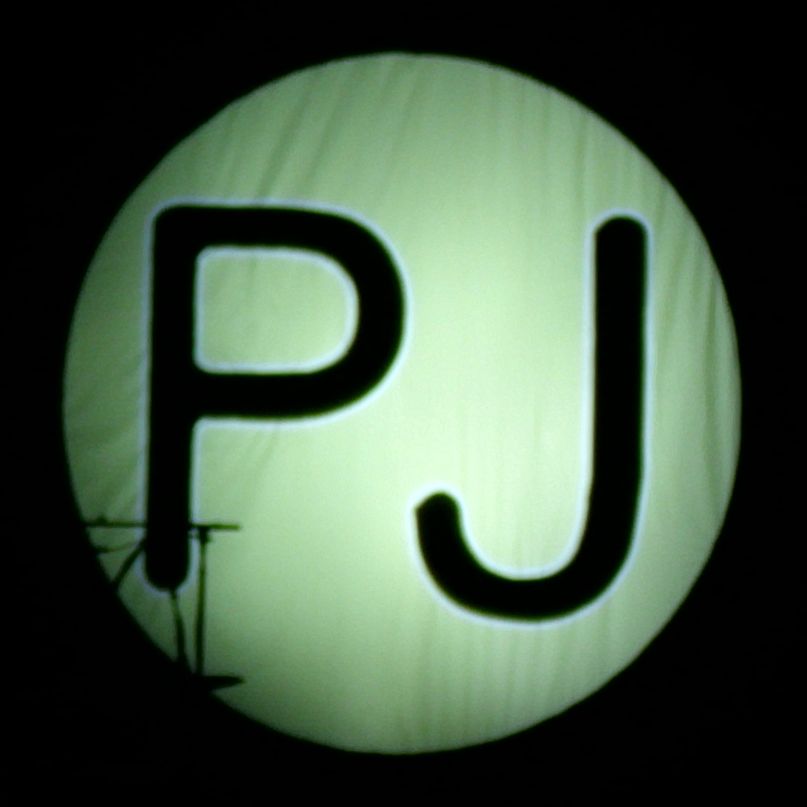 The drive from my house to Jiffy Lube Live (formerly Nissan Pavilion) in Bristow, VA is six hours north one-way, about 20 miles outside of DC. On this spring evening covered in graying clouds and a chilling breeze, Pearl Jam fans from all over the East coast came in flocks, crowding the merch booths for t-shirts and vinyl while chit-chatting about previous tours dating all the way back to Vs, complete in flannel, too.

As I enjoyed a smoke amongst the aging ’90s folk before Band Of Horses‘ opening showtime, memories of my teenage years flooded back in a tidal surge: checking out a copy of Yield from the local library, buying my first copies of Ten and Riot Act the winter before my graduating year, the prologue of my first kiss as accompanied by “Black”, the day Vitalogy confused me all to hell in a good way. The late ’90s/early ’00s is me, a late bloomer surrounded by nu-metal and pop radio. Pearl Jam was my first solid foray into alt rock, and I never stopped listening.

Seattle, WA/South Carolina act Band Of Horses was invited as the opener for 2010 — dual keyboardists, a vocalist from the school of Shannon Hoon, and some positively-charged, ethereal alt-rock music akin to Death Cab For Cutie in places, with dashes of western country influence. Their set was a happy medium at 45 minutes, not too long as to overshadow the headliner, not too short to introduce it to newcomers. The crowds sifted in and they played with a sincerity and heartfelt relaxation that warmed and drew in the audience. It was musical immersion, amplified natures of the band’s songs from cool atmospheric indie rock to epic bombast with a simple volume adjustment. Vocalist Ben Bridwell gets drowned out some like an overworked Thom Yorke, but all in all no complaints. Between the standard “Cigarettes, Wedding Bands” to Infinite Arms‘ “Factory”, from the reverently powerful notes of “The Funeral” and “The Great Salt Lake” to the introductory lullaby swoon of “Is There A Ghost” and a cover of The Replacements’ “Can’t Hardly Wait”, it’s safe to say that, hip or not, I am seriously digging Band Of Horses on live setting alone.

A fond farewell from our opening act commences, a 30 minute smoke break grabs hold of my nicotine crush, and an eerie hush takes the venue. Night is falling, time shifts to 1993, and “Elderly Woman Behind the Counter in a Small Town” abruptly cuts the silence as Pearl Jam unabashedly takes the stage.

It’s well known throughout the Ten Club community that Pearl Jam has a way with concerts; the constantly changing set lists keep things fresh for each audience, and few are typically left wanting. In my case, I think I hit the right stop at the right time. I’m not sure if it’s my current lack of sleep or the spontaneity of this trip that threw me, but it all feels like one pleasant blur of a dream: Californian Eddie Vedder, Mother Love Bone’s Stone Gossard, Team McCready, all of it — live and in person after being an avid fan for over a decade. Nostalgia aside, this was a concert to remember.

The set highlighted each album with precision, not a single cover in the catalog was abandoned: fans of what Vedder affectionately called “the weird shit” were greeted with No Code favorite “Present Tense”, a 1992 Christmas single (covering the Dead Boys’ “Sonic Reducer”), and a tribute to the late Howard Zinn with Lost Dogs‘ “Down”; those who are familiar with the band’s singles received some “Black”, “Do The Evolution”, and plenty more, including a stellar solo performance from Mike McCready during “Alive”. While a good portion of the set felt relatively standard fare, everyone ate it up and the electricity on stage never yielded for a second, and Vedder’s Public Image, Ltd. tee was indeed a fond throwback to the days of our youth.

Half of Backspacer was given appropriate promotional stage time, contributing “The End” and the extremely intimate “Just Breathe” to Vedder’s acoustic set. Before setting off into “Given To Fly”, Vedder struck up his infamous social critique banter — at one point, suggesting in half-jest for lobbyists of Goldman Sachs to “kill yourselves [sic]” and thanking the audience for being “the fucking plane” to his band of pilots. Everyone in the audience had their chances for sing-alongs, primarily on the ridiculously popular “Better Man” and Ten classic “Black”. Both encores were wrought with powerful moments: the first, dosed with the high energy Vs track “Blood” and Ten‘s melancholy haunt “Garden”, while the second busted open the gates on one of two Vitalogy classics during the evening’s progression, “Spin The Black Circle”, and standard illegible closer “Yellow Ledbetter”. The set list was not quite as diverse as DC in 2008, but for my first show, I was hardly disappointed.

The overall mood changed so erratically during Pearl Jam’s set, in utter contrast to Band Of Horses’ plateau of soma smiles and spaciousness, a true testament to how authentic Pearl Jam has been and still is both on record and live. Fans we spoke with constantly referred to the variety and tangibility of a PJ concert, as though the band was always happiest in front of a healthy, breathing mob of spectators. The aforementioned “plane” of fans had an excitement that never waned, not even in the course of leaving Nissan Amphitheater, evidence of a well-constructed show and stage presence. For newcomers to the live show like myself, I can only say that the 12 hour trip to see a Pearl Jam set lasting just over two hours wound up being both the most exhausting and the most intense event I have taken place in for a long while.

It’s rare that I find little to no fault in a live set, as noted by my previous Mayhem reviews — the cynic in me was expecting something to ruin this, but alas, no dice for him. What we received instead was a memorable evening merely stone’s throw away from our nation’s capitol, a night on the edge of Virginia and grunge resurrected, a night where the new and the old of Seattle reigned supreme just days after a final show at the now-defunct Spectrum. This is the borderline of history for many, another night in the glow of “Ledbetter” for some, a revitalizing piece of the ’90s that never died off — and sealed with people carrying Pearl Jam tickets printed off from Ticketmaster.

Yeah, and we thought those song lyrics were hard to comprehend. Cathartic, much, and I am a child of the ’90s. Keep on rockin’ in the free world, USA.

Pearl Jam setlist:
Elderly Woman Behind The Counter In A Small Town
World Wide Suicide
Got Some
Brain Of J.
Save You
Given To Fly
Present Tense
Down
Unthought Known
Insignificance
Even Flow
Comatose
Faithfull
All Those Yesterdays
Black
The Fixer
Do The Evolution