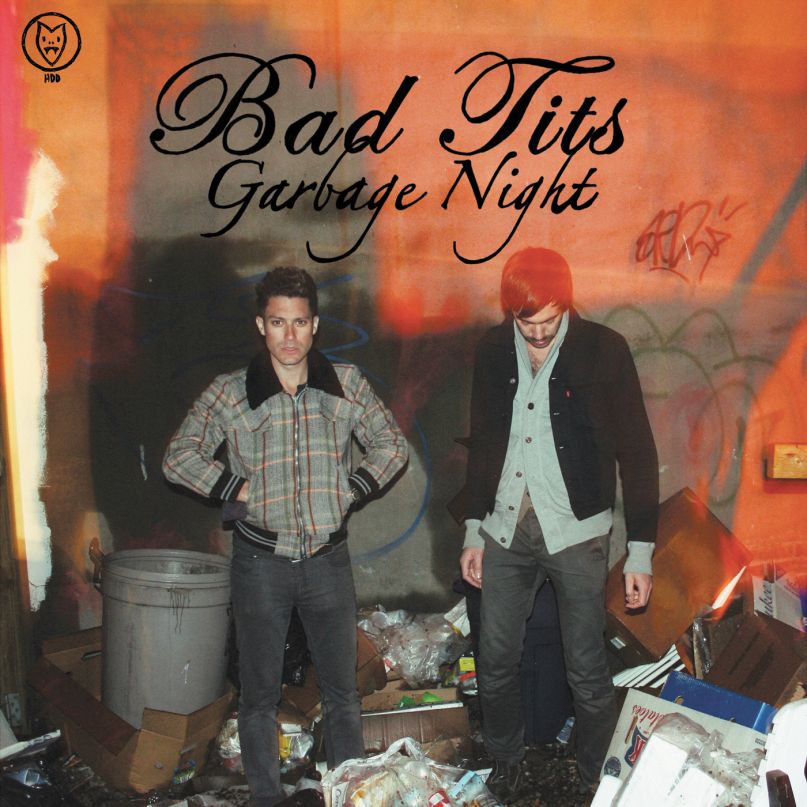 Has it really only been four years since the dissolution of Death from Above 1979? Bassist Jesse Keeler has gone onto bigger things with MSTRKRFT, making these last four years seem a lot longer than they were. Ensuring the short-lived dance-punk outfit is even further from our memories, drummer/vocalist Sebastien Grainger has formed a new band, set to make its own mark next month.

It’s another duo, this time with Josh Reichmann (formerly of Canadian indie band Tangiers), and it’s called Bad Tits. According to the band’s bio, Reichmann and Grainger came together during a Toronto garbage workers strike, of all places (how punk). The duo’s first release will be a digital EP called Garbage Night, out at the end of June on Hand Drawn Dracula. There will also be a vinyl 7″ accompanying the EP, featuring single “Bankok Hilton” and two other songs. Bad Tits has released a video for the single, directed by Alex Jones, the man responsible for CFCF’s “Crystal Mines” video.

The duo will play its first gig at Toronto’s North by Northeast festival on June 17th, performing at the Hand Drawn Dracula Showcase at the Drake Hotel. Appearing with Bad Tits will be fellow HDD artists Bishop Morocco and Fields of Fur, a DJ set by Holy Fuck, and more yet to be announced.

See the video for “Bankok Hilton”, featuring a bunch of archival footage of people dancing, below, followed by the Garbage Night tracklist.