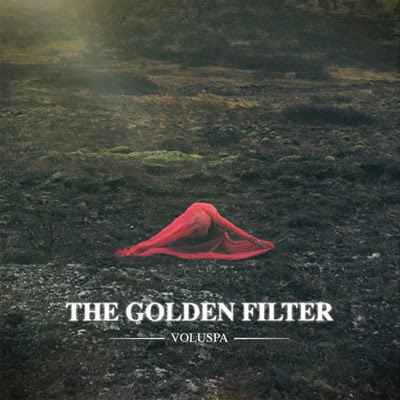 Singer Penelope Trappes and programmer Stephen Hindman may have met by coincidence, but the duo continue to expand musically since forming The Golden Filter. After meeting as neighbors during 2004 in New York, Australian-born Trappes and Ohio-bred Hindman initially formed the dance-punk outfit Lismore as an artistic outlet. Since transforming into The Golden Filter in 2008, the duo has built its notoriety through nu-disco remixes of Little Boots’ “New In Town”, Empire of the Sun’s “We Are the People”, and Peter Bjorn and John’s “Hide Me”, the latter of which you can stream below.

With the June 15th release of Voluspa via Braille Records, the duo shed some of its dance emphasis but continue to balance Trappes’ mystical vocals with otherworldly electronic sounds. The album will be promoted with a two-week North American headlining tour. Set to begin June 4th in Los Angeles, The Golden Filter will be supported by Brooklyn’s The Hundred in the Hands. Check out all the dates below, and make sure to purchase your tickets early via Ticketmaster.