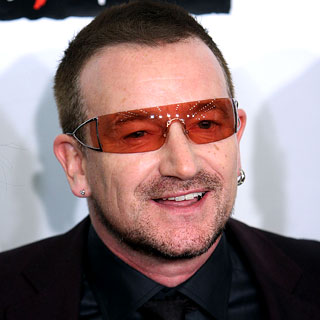 U2 has canceled its forthcoming North American summer tour and headlining appearance at the world famous, UK based Glastonbury Music Festival, the band confirmed on its website today. The decision follows news of Bono’s emergency back surgery earlier this week.

“Our biggest and I believe best tour has been interrupted and we’re all devastated. For a performer who lives to be on stage, this is more than a blow,” said the band’s manager Paul McGuinness in an issued statement. “He feels robbed of the chance to do what he does best and feels like he has badly let down the band and their audience. Which is of course nonsense. His concerns about more than a million ticket buyers whose plans have been turned upside down, we all share, but the most important thing right now is that Bono make a full recovery. We’re working as fast as we can with Live Nation to reschedule these dates.”

Tour promoters LiveNation has confirmed that the 16 U2360° shows from Salt Lake City on June 3rd, through to New Jersey’s Meadowlands Stadium on July 19th, will be rescheduled for 2011, though exact dates are still forthcoming.

Bono’s injury has also forced U2 to cancel its July 25th headlining appearance at this year’s Glastonbury Music Festival. Festival organizers have yet to comment on a possible replacement.

As of now, the earlier possible date for the band’s return is its scheduled August 6th performance in Turin, Italy. We’ll of course update you when additional details become available.

Update: We have also received more details on Bono’s actual condition. According to Professor Tonn, who carried out the operation, “[Bono] was already in severe pain with partial paralysis in the lower leg. The ligament surrounding the disc had an 8mm tear and during surgery we discovered fragments of the disc had traveled into the spinal canal. This surgery was the only course of treatment for full recovery and to avoid further paralysis. Bono is now much better, with complete recovery of his motor deficit. The prognosis is excellent but to obtain a sustainable result, he must now enter a period of rehabilitation.” That rehabilitation program is expected to last at least eight weeks.