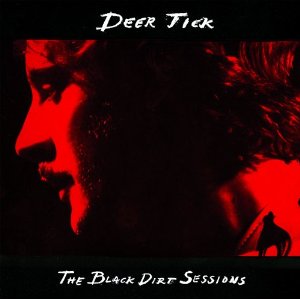 Deer Tick is at the realization point of their coming of age story. Every band has one, and on their third record, they get their first kiss with Wendy moment. It’s been a rough road, but they’ve finally arrived. The Black Dirt Sessions is the acknowledgment of where they’ve been and finding out what being ‘grown up’ is all about. When John McCauley reflects, “The lonely road is behind me” on the opening track, you know this record’s something to pay attention too.

With more Cash than Skynyrd in the writing, the album makes for a strong but very dark record at times, with “Blood Moon” and the heart-wrenching confessional “Christ Jesus” releasing the biggest demons. It’s an emotionally powerful record that gives the best writing from the band to date, presenting their bare honesty in a way that’s less whiskey and more rehab. The choked up “Goodbye, Dear Friend” is the most sobering, with down pianos telling an intense and depressing story of loss. A reworking of the gut-wrenching “Christ Jesus” still tears McCauley apart at the end as he screams for his life, but by trading thick base lines for pianos, it adds a little light to the blackness while still cutting deep.

The visceral cowboy ballads like “Choir of Angels” are searching for atonement and show that God’s not there to save; no, she’s there to reflect. The band is moving past its reckless days and coming into its own with deeper substance. The polished Opry twang of their previous record, Flag Day, had the focus turn from rowdy first impressions to a more honed sound. The craft comes out even more, and you see the band for who they are and will be.

After the damning, they find a salvation in some of the best material to surface this year. They use the organ to up the bluesy gospel on “Blood Moon” and “When She Comes”. The live wire “Mange” gives us a taste of the old Deer Tick. The song builds into a Stones-like finish with a hot piano bridge and riled up guitar solo. With these, Deer Tick demands to be heard and proves itself to be a rising force in modern rock.

The unfortunate truth for great songwriters is that life seems to run you over on a more than a frequent basis. The art, the music we call the best, comes from the rock bottom of a desperate musician. It’s an unfortunate truth to come to grips with that our somewhat selfish enjoyment comes from another person’s pain. There’s an up side in this case, though, because with such material comes Deer Tick’s validation that it was all worth it.

In the end, they’re still southern rock dreamers setting out to find their soul, and on The Black Dirt Sessions, they’ve found it. Even as the sound shifts to something more modern, they never lose what made them great to begin with. The stepped up production works, making every clean note shine but never detracting from their old essence. It might help that for the first time the band is doing more writing as a collective, and with material like this, things can only get better.