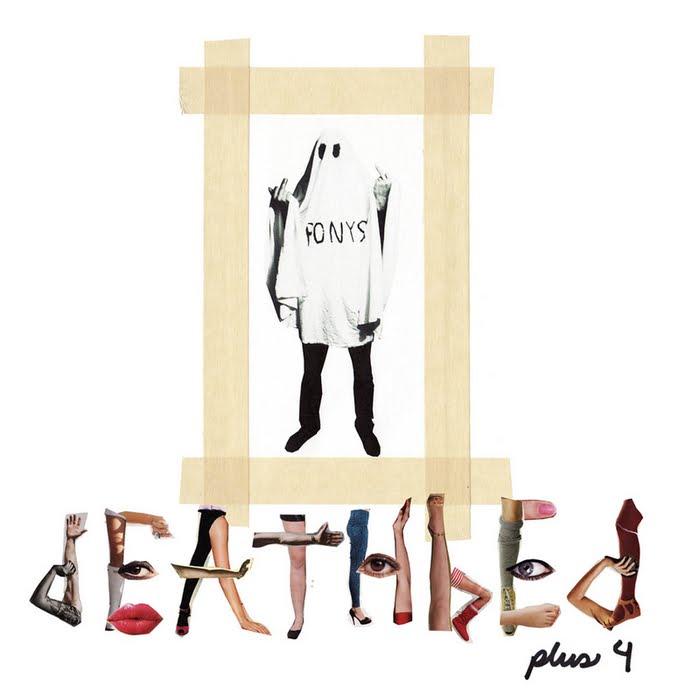 2007 feels like a long time ago, particularly if you’re a fan of The Ponys. Their most recent full album, Turn The Lights Out, is already three years old. Moreover, their notorious ambivalence towards touring meant very little noise out of the Chicago-based garage rockers. In the Internet era of constant production, three years is a long time. But as the thousands in the crowds that have seen their recent come-back shows could tell you, The Ponys are back, and they’re ready to kick some ass.

From the cover of the new album, Deathbed + 4, it appears that the faceless, sheeted person is a sort of mascot giving anyone wanting to give the album a listen two birds. A move like that might seem to be a big middle finger to fans, but the band’s playful, tongue-in-cheek attitude proves otherwise.

Musically, the elements of The Ponys’ success are all intact after their semi-hiatus. The title track kicks the set off with Jered Gummere’s guitar swinging, his Ian Curtis-indebted drone flirting with a British accent. Drummer Nathan Jerde and bassist Melissa Elias drive the garage forward, a fuzzy, crunchy rhythm that refuses to let up. “Check the Door” follows, Jerde’s cymbals and toms pounding out a quick, tribal-ish beat as Elias, guitarist Brian Case, and Gummere lock into a stuttering groove. “I will hunt you down” Gummere croons in a manner that would make Interpol’s Paul Banks blush. The guitars growl and crash over the stinging drums, the whole piece rumbling and humming with energy.

The sparse addition of piano on “The Walk” rings a bit false, superfluous over the bubbling bass rhythm, Gummere’s lovesick lyrics barely affecting his entirely straight-ahead vocals. Dark drama pumps through the track’s veins, a kick of pang that sits a little strangely in the middle of the EP. With two barn-stormers before it and two after it, the near-languid, tortured emotions break the pace rather than show off another element.

Following up, “Is It Working” is a garage anthem: all fun, no muss. Gummere’s vocals are far away, echoed, Jerde’s cymbals nearly constantly shaking. Elias and Case’s guitars chug ahead, never looking back. The stumbling, raucous “Pop Culture (Revisited)” may be the best track of the bunch. Lines like “We are the pop culture, uh huh” and “2005 in my city tonight” are the perfect blend of rock hero and flippant imp. All the while, the rhythm section hammers together an immaculate take on a progression Jonathan Richman’s Modern Lovers would be proud of.

Altogether, the business of those three long, Pony-less years is well gone. Though it doesn’t completely sate the appetite for a new record, it certainly does more than whet it. While they might not love touring, it’s clear they love writing and playing. There’s as much fun as brawn in these tunes, to be sure, and fans should be reveling in the knowledge that The Ponys are back.