At Your Funeral: Cat Power – “Maybe Not” 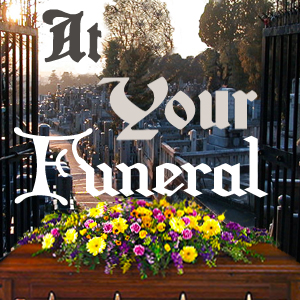 Recently, I was given the task of putting together music for the memorial service of a loved one. Although all of the songs and whether they were to be played before or after the service were already specifically requested, and it was just a matter of making a couple CDs, my duty made me think about what song I would want played at my funeral. Actually, there are quite a few songs that came to mind; more than I would ever expect or desire to be played. Some are a little too obvious to warrant an article, but nonetheless essential, such as Radiohead’s “Pyramid Song” or Queen’s “Another One Bites the Dust”. No, I’m only kidding about that last one.

Revisiting the morbid and emotionally trying dilemma months later, too many songs still come to mind, even after trimming out some redundancies. With so many beloved poignant songs from which to choose, how could narrowing down the possibilities to a manageable list be anything but difficult? Nevertheless, if my funeral could only have one song, it would have to be “Maybe Not” by Cat Power.

The challenge in selecting funeral music is balance. Even if you believe you will be there to witness the occasion in some capacity, it’s really an event for the mourners. Essentially, the trick is to select songs that have a significant personal meaning to you, reflect how you want to be remembered, and are appropriate for the occasion. As one of my favorite artists, Cat Power, or Chan Marshall, has quite a few songs near and dear to me, including her unique style of covers.

Chan Marshall’s voice has a natural tendency to become overwhelmingly heart-wrenching, which is one of the reasons for my admiration. When it comes to the saddest of sad songs, they don’t get much better than those of Cat Power.  However, a funeral is already an unhappy occasion, and too sad of a song seems like overkill to me. Why restate the obvious and go for emotional overkill? While the simple repetition of the same four chords throughout the song gives it a haunting quality with the perfect level of somberness, it’s the lyrics that seal the deal for “Maybe Not”.

Just as is the case with a lot of the better songs in the world, the lyrics of “Maybe Not” are open to multiple interpretations. One general theme that I believe rings true with the possible interpretation I have imagined is how peace, whether in the world at large, with others, with one’s own demons, or even with death, comes from within.

For me, “Maybe Not” is an acknowledgment of how one of the main motives for our actions is “so we can do just one more thing” in a lot of ways, including staving off death. While it has already become painfully clear to me that death can come prematurely despite doing all the “right” things in life, I also don’t want this unfortunate reality to be a justification for not trying. Essentially, I want to send the message at my funeral that I understand death is going to happen sooner or later (hopefully later), and it does not make life pointless. Rather, fearing death is ineffectual, and peace of mind is a heaven in itself. It’s a message that I consider delivered best by the smoky vocals of Chan Marshall, which for “Maybe Not” are more comforting than devastating.