Check Out: Arcade Fire – “Ready to Start” and “We Used to Wait” 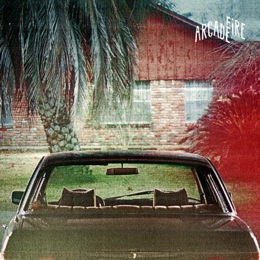 At this very moment, there isn’t anyone hotter than Arcade Fire, and for good reason. “The Suburbs” and “Month of May” 7″ kicked off a blistering month that included the announcement of an album worth paying for, tour dates, and a few secret shows. Continuing their takeover of the blogosphere, the Canadian rockers have now unveiled the first official US single from The Suburbs, the striking “Ready to Start”.

107.7 The End was the first to debut the track and you can now stream it for yourself below.

Also, BBC Radio’s Zane Lowe just debuted a separate Suburbs track, “We Used to Wait”, on his show. We’ll attach a stream for that one too as soon as it becomes available. Stream included below. According to Lowe, this is the first official UK single.